Week 9 Seahawks vs. Bills: Don't freak out yet, fans!

Tell us why, Terry! Russ had 4 turnovers and was sacked 5 times 😨 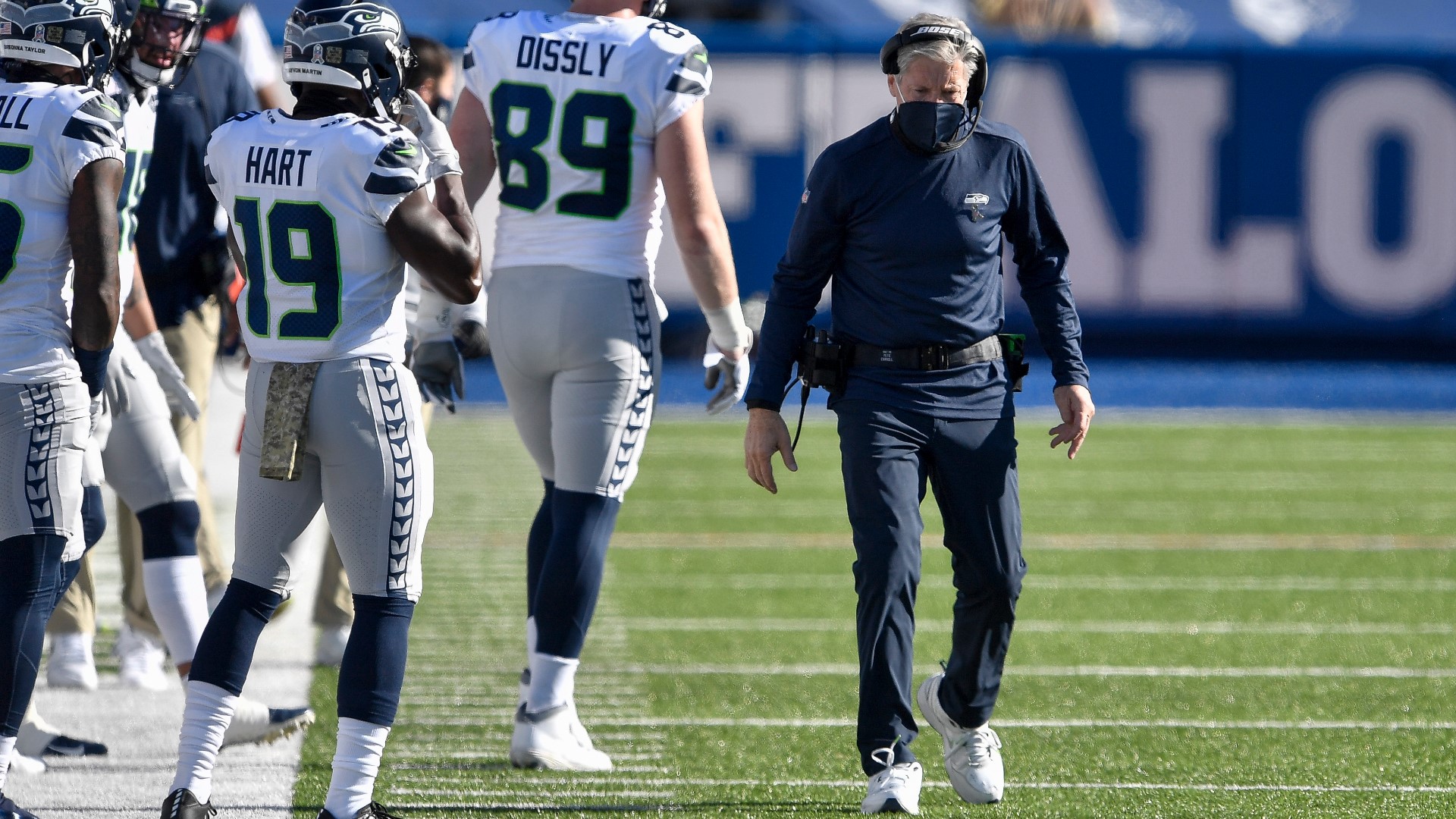 SEATTLE — The Seattle Seahawks travelled to Upstate New York and had a shoot-out with the Buffalo Bills and left with their second loss of the season. While trying to make some big plays Russ had to take some chances down the field that led to multiple turnovers. This was by far their worst game of the year. With that being said - they faced a very tough opponent, were on the road,  played in the morning, and in the end - it was a close game!

The Seahawks now turn their attention to The L.A. Rams. The Rams have one of the most feared defenders in the league with defensive line Mr. Aaron Donald. The Rams have a stable of receivers to throw against the Seattle Defense.

Terry Hollimon is a former running back for the UW Huskies, co-host of The Barbershop Podcast, and a Seattle Seahawks fan, of course!  We love talking 'Hawks with Terry!  This week: