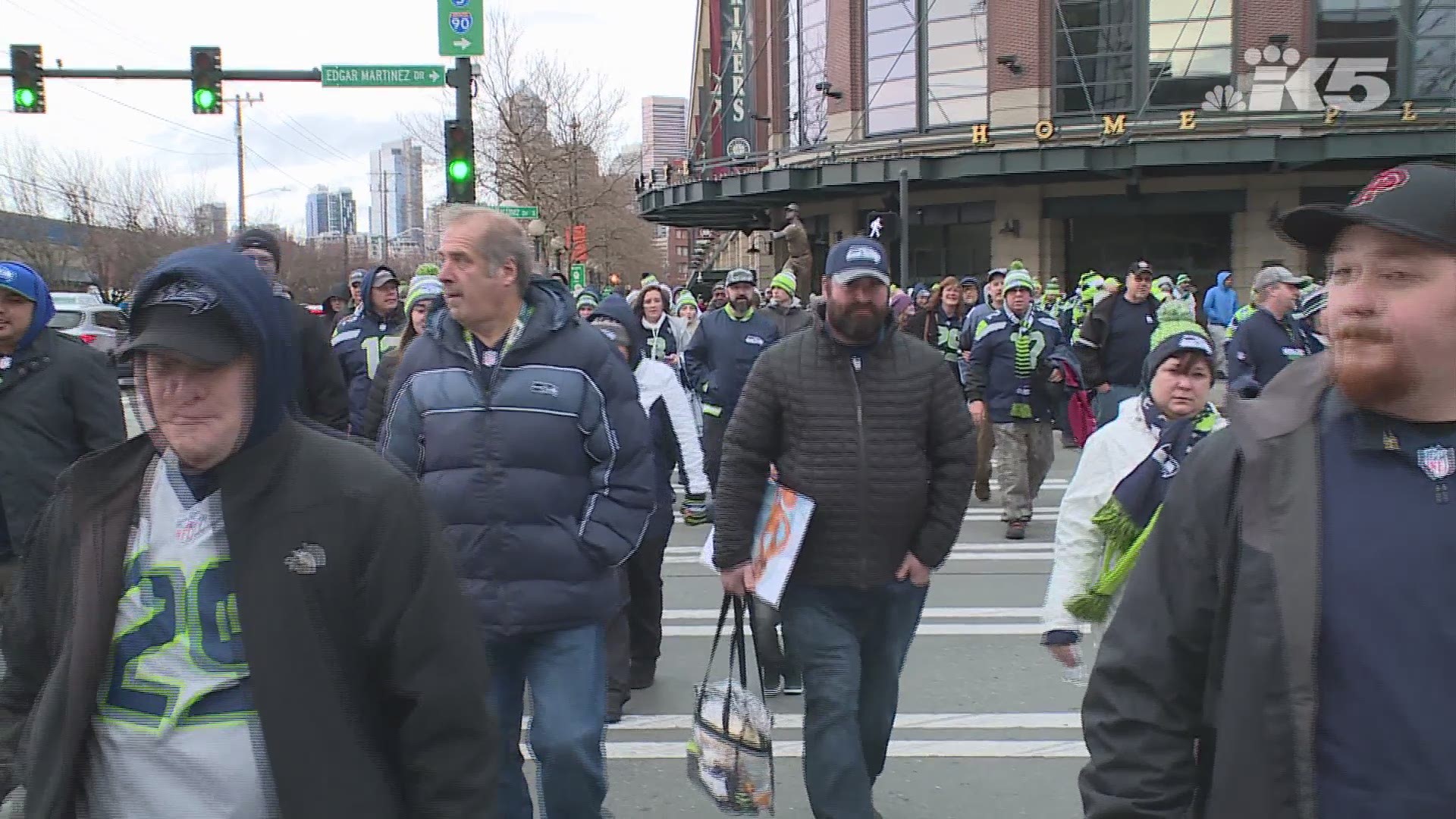 Thousands of Seattle Seahawks fans weren't going to put up with another 30 minutes of what they saw from their team Sunday, choosing to leave at halftime with Seattle trailing the L.A. Rams 34-0.

With the Seahawks suffering one of their worst games in team history, fans en masse could be seen leaving CenturyLink Field at the half. The KING 5 Towercam outside Safeco Field showed fans crossing Edgar Martinez Drive by the hundreds.

We caught up to some of them on the ground when the game reached 40-0.

One or two were still chanting "SEA! HAWKS!" Some were saying "Go Seahawks!"

Others were more blunt.

One fan called it embarrassing, calling on team management to make changes. And while he said he supports the Seahawks, he made it clear, "I have better things to do."

The loss will likely cost the Seahawks the NFC West title and puts them dangerously close to missing the playoffs for the first time since 2011.