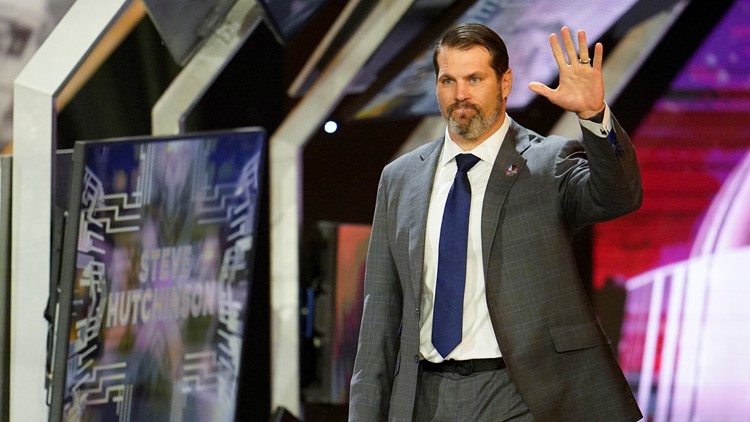 Third time is the charm, as former Seahawk Steve Hutchinson is voted into Hall of Fame

Former Seahawks guard Steve Hutchinson is going into the Pro Football Hall of Fame on his third try.

Hutch is voted in, along with another former Seahawk Edgerrin James.  Edge played one season in Seattle, back in 2009.

A total of five players will be fitted for their gold Hall of Fame jackets. Steelers safety Troy Polamalu, Broncos safety Steve Atwater, and Rams receiver Isaac Bruce will join Hutchinson and James for the Modern Era class of 2020.

Hutchinson played five seasons in Seattle, next to another Hall-of-Famer, Walter Jones.  The duo helped the Hawks to a Super Bowl. They also blocked for Shaun Alexander during the year he led the NFL in rushing yards and touchdowns.

Seattle's 2001 number one draft pick was named to seven straight Pro-Bowls, made the All-Pro team six times, and was named to the NFL's All-Decade Team of the 2000's.

Hutch was also part of the infamous "poison pill" contract given by the Minnesota Vikings in 2006.  The Seahawks had put the transition tag on Hutch, meaning they could match any offer.  But Minnesota put an escalator, based on his pay rank among guards, that made it difficult for the Hawks to match.

Running back Edgerrin James was voted in.  He played for Seattle during the 2009 season.  He started his career playing seven seasons with the Colts and then three years with the Cardinals.

A total of 20 will be enshrined in August as part of the special 100th anniversary of the NFL.