Silvi: No, the hit from Jadeveon Clowney on Wentz wasn’t dirty or cheap

Jadeveon Clowney heard an earful from Eagles fans. KING 5 Sports Director Paul Silvi was there for it. 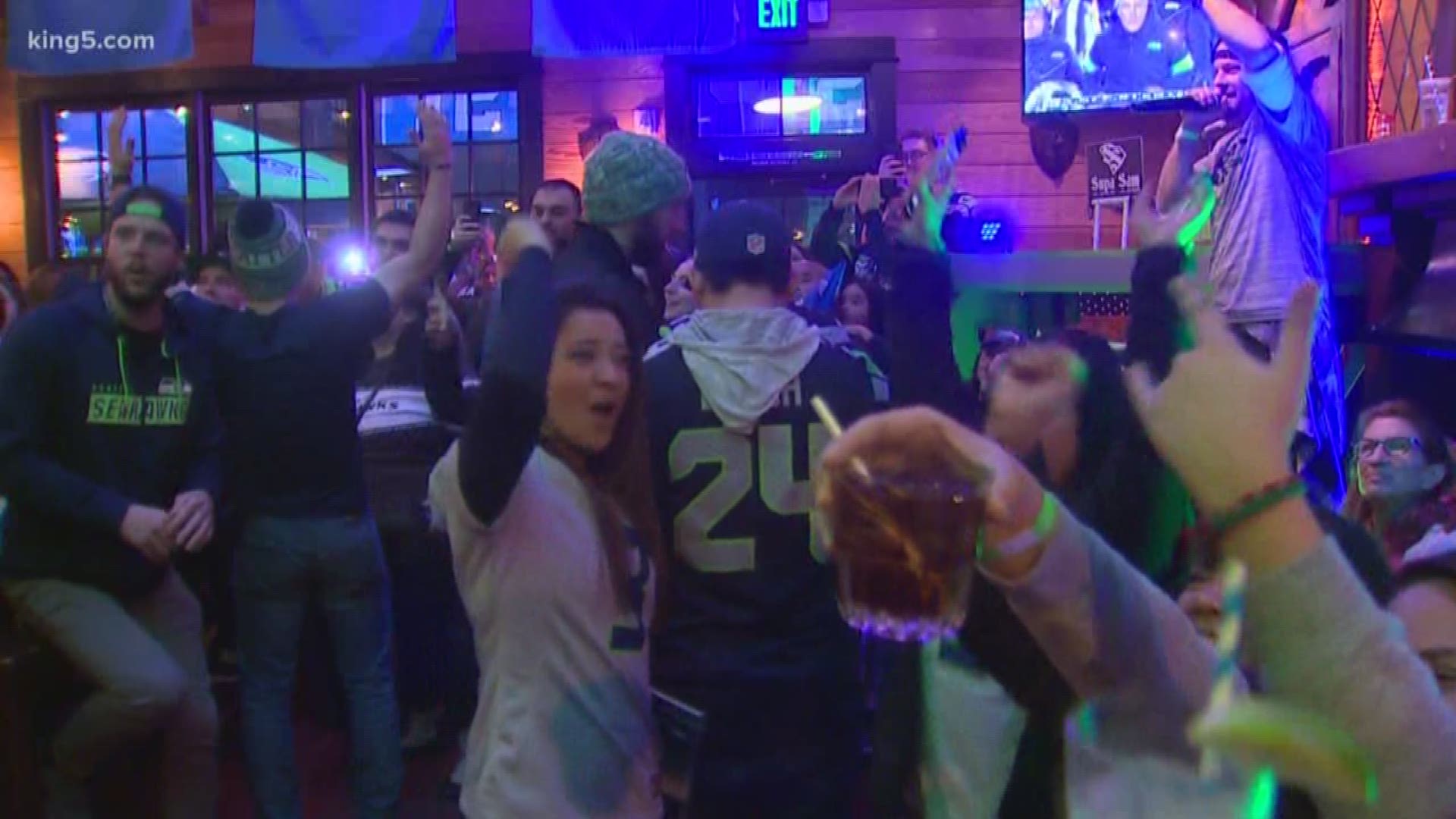 PHILADELPHIA — “You should be in prison!”

That’s what Seahawk Jadeveon Clowney heard as he exited through the tunnel at Lincoln Financial Field Sunday in Philadelphia.

He was shocked and a little miffed.

As he passed me in the tunnel, he looked over and asked, “Prison?”

With a smile more reflective of his innocence and disbelief, he shook his head and continued on his merry way to the Seahawks locker room, anxious to celebrate with teammates after a playoff win over the Eagles.

The Philadelphia fan who yelled such a ridiculous comment was likely not alone in his sentiment.

A few hours earlier, Clowney had delivered a big hit on starting quarterback Carson Wentz, knocking him out of the game in the first quarter. Wentz left the game with a head injury and took with him pretty much any hope of an Eagles victory.

Clowney was booed the rest of the game anytime he made a tackle or heard his name announced in the stadium.

He was left wondering why Eagles fans hold him in such disdain. The origin of their bitterness comes from an incident last year on the same field when Clowney was a member of the Houston Texans. The 6-5, 270 pounder broke free on a pass rush and leading with his head, stuck his helmet into the chest of then-quarterback Nick Foles, leaving him writhing in pain in the end zone. Unlike Sunday’s hit on Wentz, Clowney was penalized for the hit on Foles. Clowney was also fined, which he said was later rescinded.

So that gets you up to speed on why Clowney “should be in prison.”

Was the hit on Wentz dirty? The Eagles think so, but their head coach Doug Pedersen said he didn’t see it, adding there was no penalty called on the play so you just accept it and move on.

Should their have been a penalty called?

Upon further review, no.

Referee Shawn Smith said Wentz was a runner and did not give himself up on the play. Smith went on to say  the helmet contact was incidental and didn’t deem it to be a foul.

RELATED: Seahawks' path to Super Bowl a little clearer thanks to the Vikings

In defense of all defenders, it’s sometimes tough to make a split-second decision to hold up when you’re playing at a hundred miles an hour. In this case, Wentz had just been tripped up by Bradley McDougald, so he was already on his way down when Clowney came flying in. Knowing Clowney couldn’t hit the brakes in mid-air, could he have changed his landing spot to avoid contact? Sure, but then he risks injury with the last-second decision. Last season, Miami Dolphins defensive lineman William Haynes tore his ACL when he made a late adjustment to avoid a penalty for crushing Raiders quarterback Derek Carr on a sack.

Are quarterbacks overprotected in the NFL? For the most part, yes. Although, Seahawks quarterback Russell Wilson may disagree when it comes to how he’s treated by NFL officiating crews. Wilson’s scrambling style causes him to take more open-field hits. He recently addressed the issue, basically saying he wants officials to take a closer look at the hits he takes to make sure he gets a fair shake.

Wilson is usually very good at giving himself up on a scramble and sliding to end the play without contact.

But here’s the argument for defenders. In Sunday’s game, Eagles defensive captain Malcolm Jenkins saw Wilson scrambling toward him on a 3rd and long. Knowing Wilson would likely give himself up and slide in front of him, he instead made a move and sidestepped Jenkins who missed the tackle allowing Wilson to pick up another seven yards and a first down.

It’s impossible to get inside Jenkins’ head at that moment, but it’s fair to speculate he thought Wilson would give himself up so he wasn’t prepared to actually hit him and bring him down.

Former Seahawk Richard Sherman is always quick to point out how difficult the league has made it on defenders, almost handcuffing them with new rules every season preventing them from doing what they get paid to do.

In Clowney’s case, he’s been playing at a high level despite grinding through a core muscle injury. He’s also playing for a new contract and he’s running out of auditions as the season comes to a close.

And unfortunately for Eagles fans, Clowney is not ready to exit stage left. He’ll be in the spotlight again Sunday in Green Bay wearing Seahawks blue and green, instead of perhaps the Philadelphia-preferred orange jumpsuit.