The Arizona Cardinals host the undefeated Seattle Seahawks in an NFC West showdown on Sunday night. The Seahawks are the last unbeaten team in the NFC. 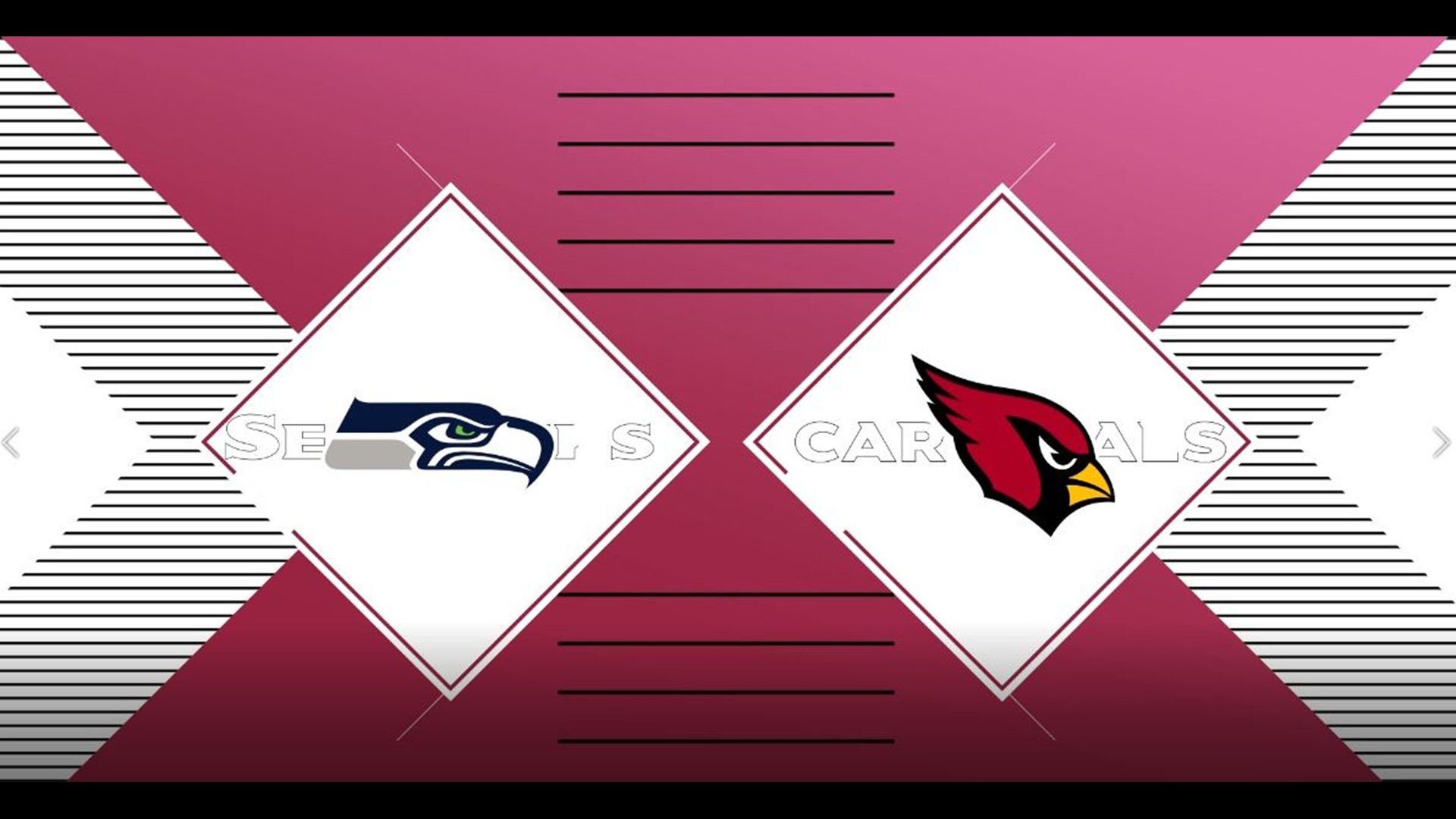 The Arizona Cardinals are trying to make a push up the NFC West standings. The problem is the division's other three teams aren't going to budge easily.

The Cardinals will host the undefeated Seattle Seahawks in an NFC West showdown on Sunday Night Football. The game was originally scheduled for 1:05 p.m. but was moved to Sunday Night Football "out of an abundance of caution to ensure that a game would be available for fans."

The NFL shifted Sunday’s games after several Raiders were unable to practice because of coronavirus contact tracing, the Associated Press reports.

The Cardinals are coming off an impressive 38-10 win over the Dallas Cowboys on Monday Night Football. The Cardinals have now won two straight games and have a 4-2 record.

The Seahawks should be rested and prepared because they're coming off a bye week. Seattle has the league's best offense, averaging nearly 34 points per game. But, statistically, their defense ranks last in some major categories.

Arizona's defense has been among the NFL's best, giving up less than 19 points per game. However, the Seahawks have had a lot of success in Arizona where they are 6-0-1 against the Cardinals since drafting Russell Wilson in 2012.

Watch the Seahawks take on the Cardinals this Sunday, October 25, on Sunday Night Football on NBC only on KING 5. The game starts at 5 p.m., after Football Night in America at 4 p.m.

Watch KING 5's postgame show The 5th Quarter immediately after the game to see highlights and hear directly from players.