Another challenge awaits the Seahawks this week with the San Francisco 49ers coming to town. 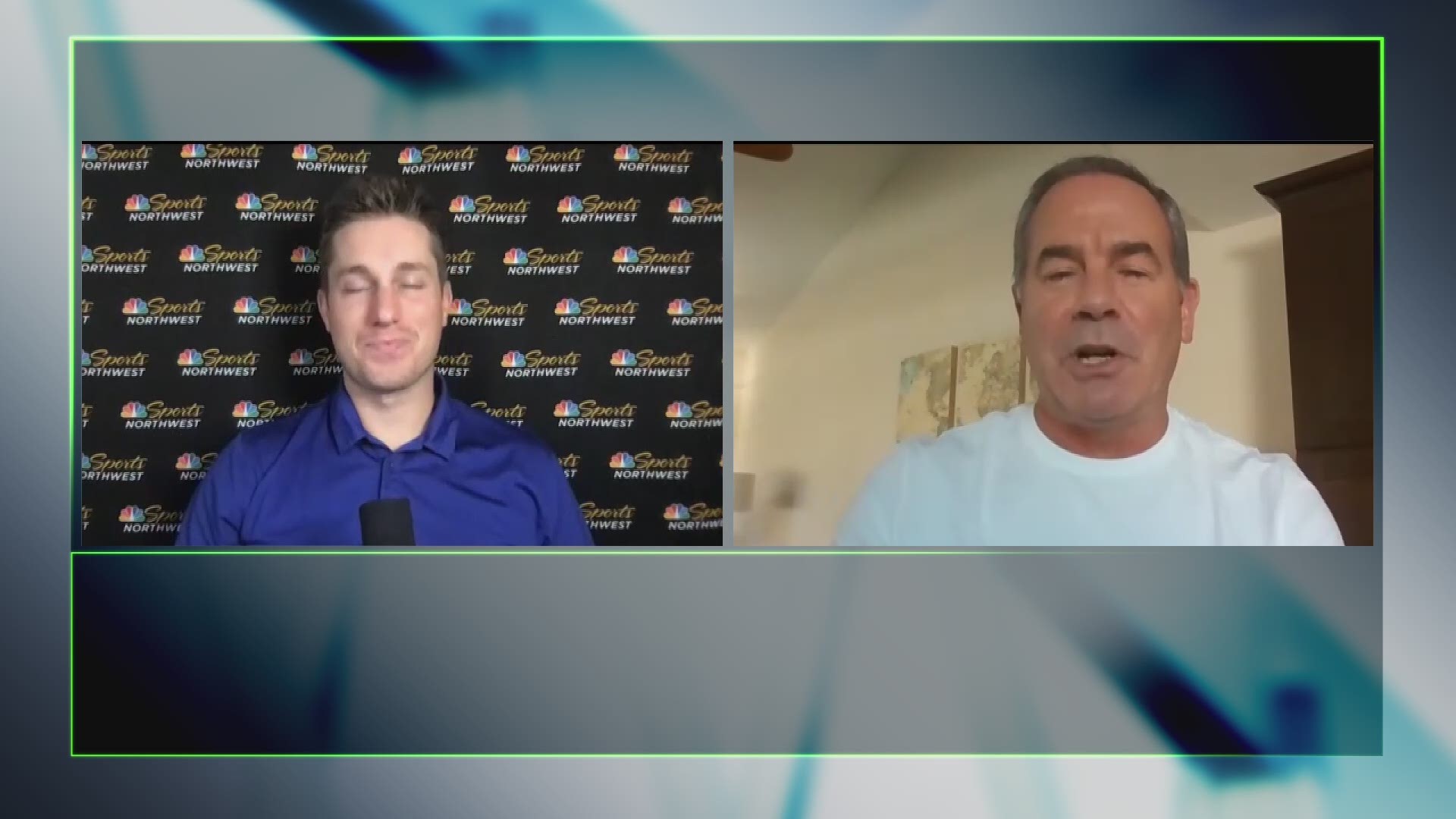 SEATTLE — After taking their first loss of the season the Seattle Seahawks face another NFC West showdown on Sunday by hosting the San Francisco 49ers.

Seattle’s 5-0 start to the season was the best in franchise history. The team was the last undefeated team in the NFC before last week's 37-34 loss to Arizona in overtime. However, Russell Wilson is 31-8 in his career following a loss.

San Francisco has recovered from a sluggish start with two straight impressive wins, including last week's 33-6 romp at New England. The 49ers are 3-0 on the road.

Sunday is the first meeting between the two teams since last year's Week 17 matchup when San Francisco beat Seattle 26-21 to win the NFC West title.

But this week’s game at CenturyLink Field will be different. The loud piped in noise at practice, silent counts and other preparations that usually accompany a trip to Seattle aren’t necessary this year for the San Francisco 49ers.

With the Seahawks one of the teams that still isn’t allowing fans in the stadium because of the novel coronavirus pandemic, the Niners will only have to deal with the 11 defenders on the field for Seattle instead of the vaunted 12th man.

The Seahawks also started this week with only one healthy running back and little certainty that any of their three injured options will be able to play Sunday.

Chris Carson, Carlos Hyde and Travis Homer are all dealing with injuries after last week’s game against the Cardinals. Carson has a sprained foot, while Hyde and Homer have more minor ailments.

That leaves rookie Deejay Dallas as the lone running back not nursing an injury ahead of Sunday's matchup with the 49ers.

Seahawks cornerback Shaquill Griffin will also not be playing in Sunday's game due to a hamstring injury, according to the latest injury report.