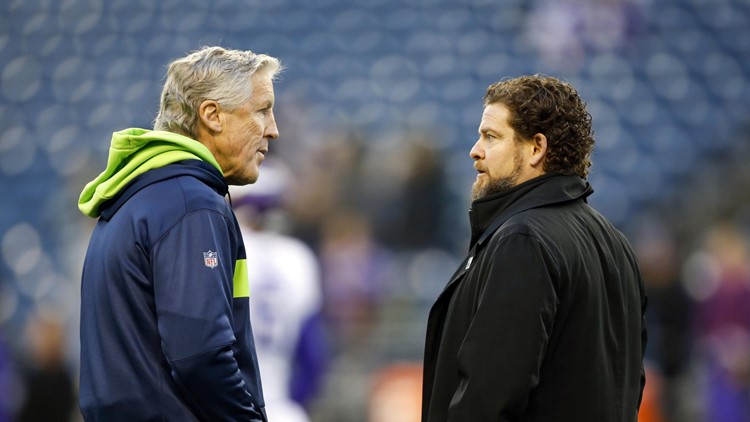 Photo by: Joe Nicholson
John Schneider with Pete Carroll at the Vikings-Seahawks game.

NEW YORK (AP) — The Seahawks will get three compensatory picks for the upcoming NFL draft in April.  Seattle earned a third (for Earl Thomas), a fourth (for Justin Coleman), and a sixth (for Shemar Stephens).

The New England Patriots will have the maximum four compensatory picks. That's including two in the third round, which is the highest possible round for such selections. New England also receives two spots in the sixth round.

Denver, Houston, Minnesota, the New York Giants, and Philadelphia each get three picks, while Baltimore and Miami each will have two.

Receiving one apiece are Chicago, Dallas, the Los Angeles Rams, Pittsburgh, Tampa Bay and Washington for a total of 32 selections.

The other 17 NFL teams will not receive such picks.

The Seahawks reportedly have also promoted Austin Davis to be the team's QB coach.  He becomes the youngest QB coach in the NFL.