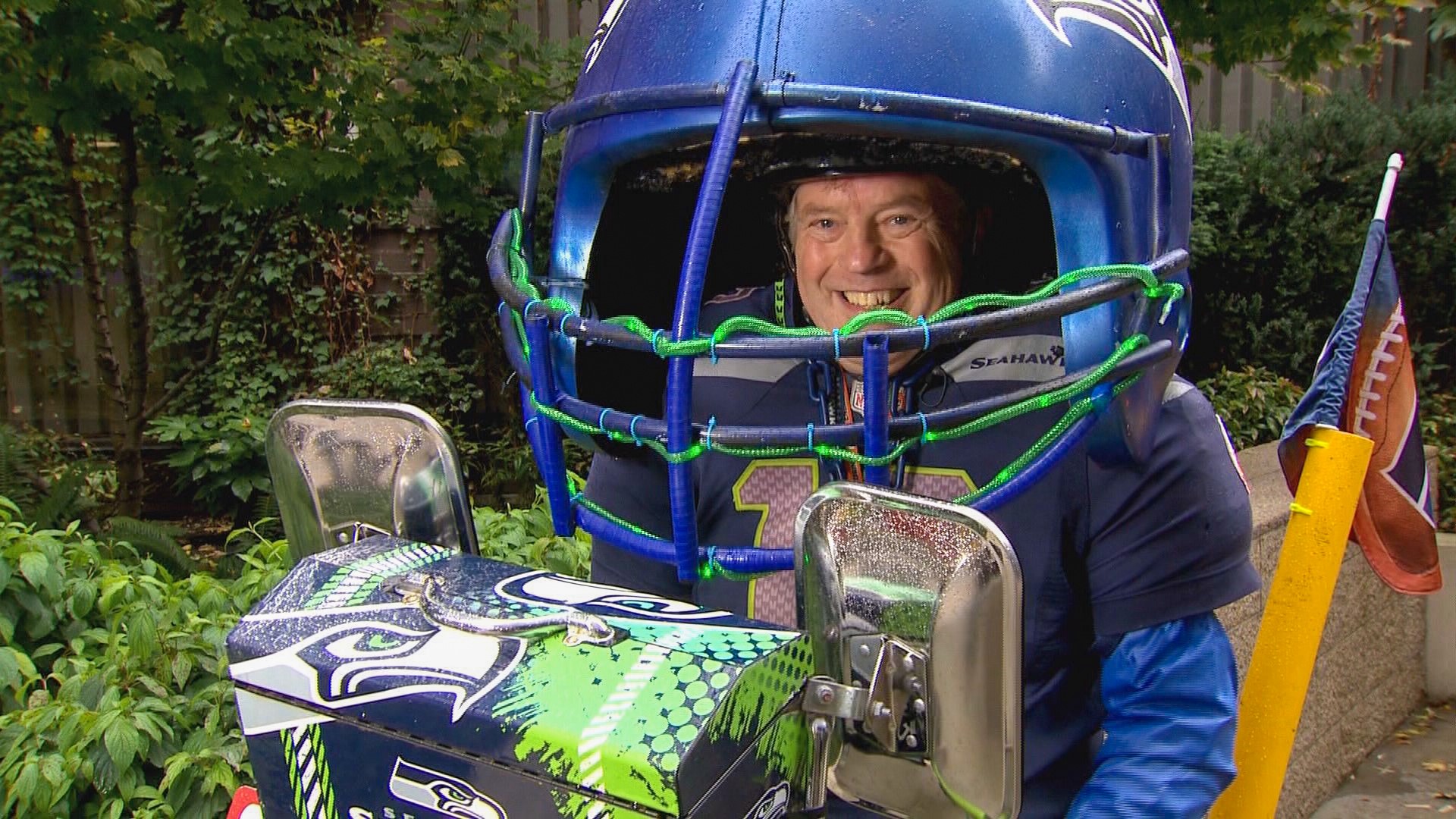 SANTA CLARA, Calif. — Jason Myers kicked a 42-yard field goal after Chase McLaughlin missed a kick earlier in overtime, and the Seattle Seahawks handed the San Francisco 49ers their first loss of the season with a 27-24 victory on Monday night.

Myers gave Seattle (8-2) its second straight overtime win after Russell Wilson got the Seahawks into position with an 18-yard scramble on third-and-3. After being iced by a timeout, Myers delivered one week after missing two field goals and an extra point, putting Seattle right in the thick of the NFC West race with San Francisco (8-1).

The Seahawks blew a chance to win the game on the opening possession of overtime when Wilson was intercepted at the 4 by Dre Greenlaw. It was Wilson's second interception of the season and just the second red-zone interception in overtime in the last 25 years, according to STATS, with Jacoby Brissett having the other in 2017 against San Francisco.

Greenlaw returned it 47 yards to the Seattle 49 and the Niners moved the ball 20 yards before McLaughlin missed badly to the left on a 47-yard attempt. McLaughlin had made his first three field goals after being signed earlier in the week when Robbie Gould went down with a quadriceps injury.

The teams then traded punts, the Seahawks took over at their 36 with 1:25 remaining and drove for the winning score.

After the defenses dominated much of the game with each team scoring a defensive touchdown and generating three takeaways apiece, the quarterbacks traded late drives for field goals that set the stage for overtime.

Wilson drove the Seahawks 47 yards before Chris Carson was stuffed on third-and-1, leading to a 46-yard field goal by Myers with 1:45 to play.

Jimmy Garoppolo and the Niners took over from there and used short passes to move the ball down to the 29 where McLaughlin kicked a 47-yard field goal with 1 second left to tie it at 24.

Seattle capitalized on a pair of turnovers in the third quarter to take a 21-10 lead. Garoppolo threw a pass that deflected off Kendrick Bourne's hands to Quandre Diggs, who returned it 44 yards to the 16. Wilson scrambled down to the 3 and then lofted a TD pass to Jacob Hollister after avoiding pressure in the pocket to put Seattle up 14-10.

On San Francisco's next drive, Jadeveon Clowney beat Mike McGlinchey and knocked the ball out of Garoppolo's hands for a fumble that was recovered by Poona Ford at the 24. Carson ran it in four plays later to make it an 11-point game.

The 49ers got back into the game with a big defensive play of their own. K'Waun Williams sacked Wilson, knocking the ball loose to right tackle Germain Ifedi. Ifedi tried to run with the ball but Fred Warner knocked it loose again and DeForest Buckner ran it in 12 yards for the score. Garoppolo then completed the 2-point conversion to Bourne, cutting the deficit to 21-18.

The 49ers then tied it on McLaughlin's second field goal of the game.

The Niners scored on their first two possessions to take a 10-0 lead but Clowney then returned a fumble by Garoppolo 10 yards for a TD to get Seattle back into the game.

The Seahawks were poised to take the lead into halftime when D.K. Metcalf took a short pass from Wilson and ran it inside the 5. But as he was fighting for more yardage, safety Jaquiski Tartt ripped it out of his hands at the 2-yard line for an impressive fumble recovery.

Diggs started in his first game for Seattle since being acquired last month in a trade from Detroit.

49ers: WR Emmanuel Sanders (ribs) left in the first quarter. DT D.J. Jones was sidelined later in the first half with a groin injury. LB Azeez Al-Shaair left with a concussion in the third quarter. RB Matt Breida left in the second half with an ankle injury. DL Ronald Blair left the game with a knee injury.

The Seahawks will have a week off before visiting Philadelphia on Nov. 24 to take on the Eagles.