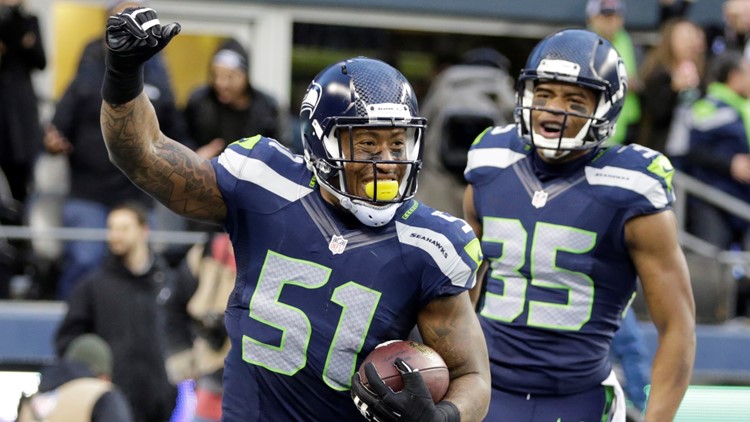 Photo by: AP
FILE - In this Dec. 18, 2014, file photo, Seattle Seahawks linebacker Bruce Irvin (51) celebrates with DeShawn Shead (35) after Irvin scored a touchdown after he made an interception against the St. Louis Rams in the second half of an NFL football game in Seattle. Once thought to be a risky first-round draft pick and a one-trick pony in the NFL that could only rush the passer, Bruce Irvin has developed into a defensive player that never leaves the field. (AP Photo/Scott Eklund, File)

Seattle Seahawks are reuniting with an old friend, bringing back former first-round pick Bruce Irvin, according to a person with knowledge of the deal.

Irvin will be a boost to Seattle’s pass rush that needed attention.

He had a career-high 8½ sacks, 16 quarterback hits, a forced fumble, and a safety last season in just 13 games during his one year with Carolina.

Irvin left Seattle in 2015 for the Raiders.  He played in Oakland for two and a half seasons.  Then finished the 2018 season in Atlanta before going to Carolina last year.