Wilson checked in with Eagle’s coach Doug Peterson to make sure Eagles QB Carson Wentz was OK after he left the game with a head injury. 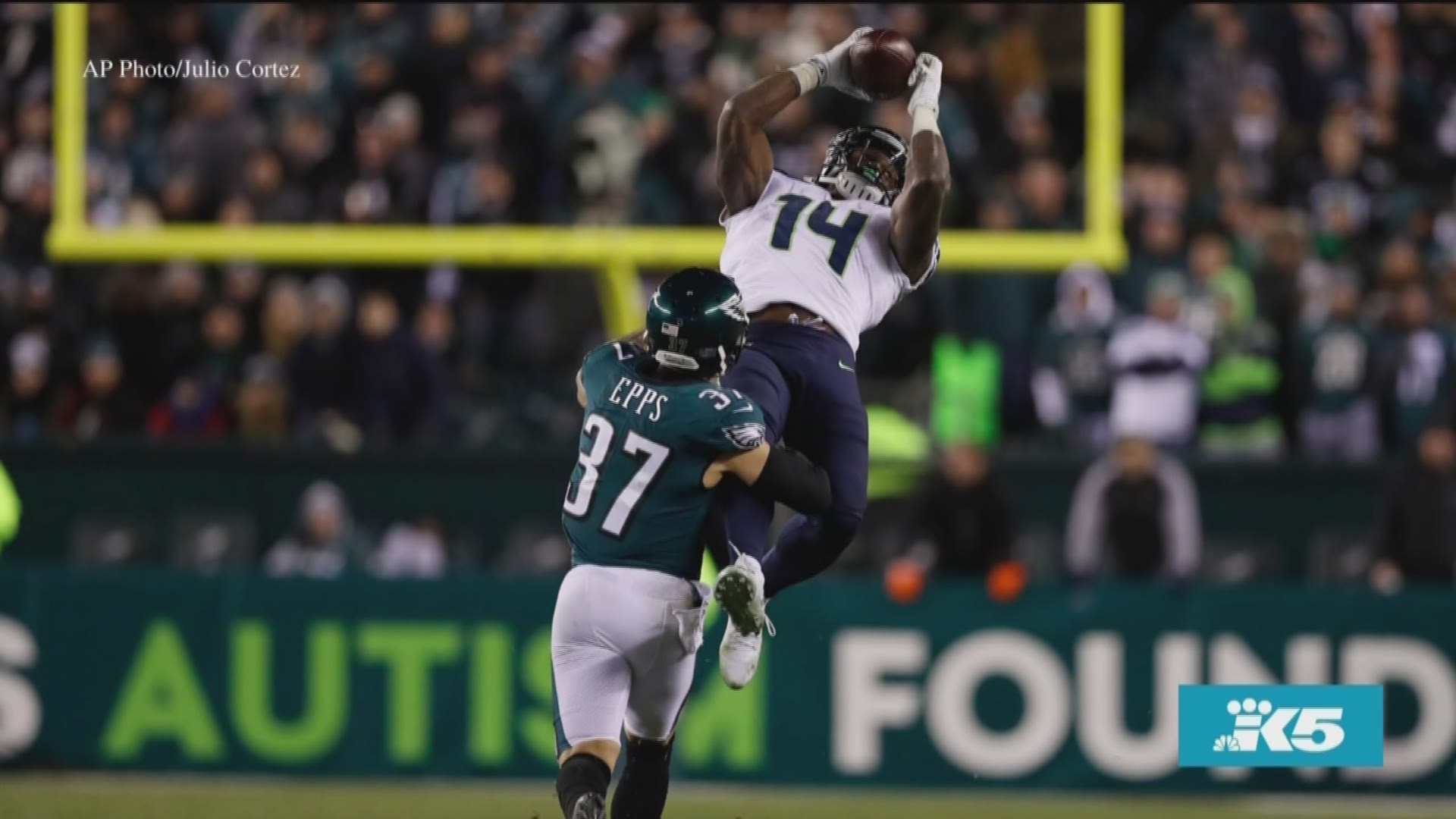 PHILADELPHIA — Editors note: The above footage was recorded at an earlier date.

Seahawk quarterback Russell Wilson received praise for good sportsmanship after checking on Philadelphia Eagle’s quarterback Carson Wentz, who took a hit that knocked him out of the wild-card game on Jan. 5.

Wentz left the game with a head injury after Seahawks defensive end Jadeveon Clowney delivered a bit hit in the first quarter.

RELATED: Silvi: No, the hit from Jadeveon Clowney on Wentz wasn’t dirty or cheap

A video of Wilson expressing concern went viral after the Seahawks beat the Philadelphia Eagles 17-9 to advance to the divisional round of the playoffs.

In a post-game exchange with Eagle’s coach Doug Pederson, Wilson can be heard going beyond the normal “Good game,” dialogue.

“I think so, he’ll be fine,” Pederson responded.

Twitter video of the pleasantry received more than 3 million views since it was posted on Jan. 5.

RELATED: Seahawks soar past Eagles into next round of playoffs