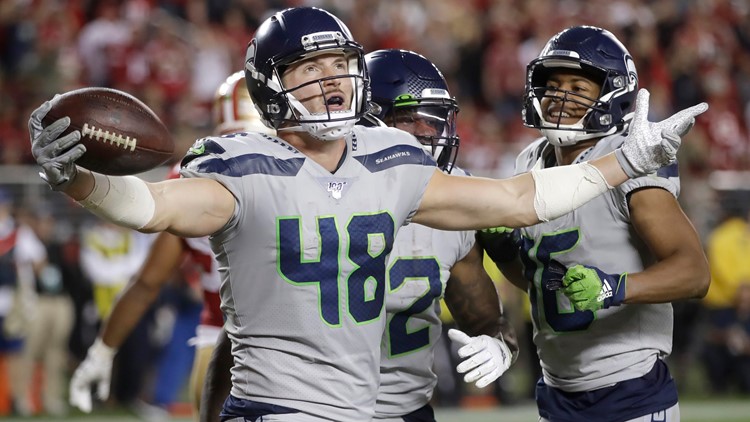 Report: Seahawks give 2nd round tender to TE Hollister

The Seattle Seahawks have given a second-round tender to restricted free agent tight end Jacob Hollister, according to a person with knowledge of the deal.

Hollister is coming off the best season of his young career, and will earn $3.259 million for the upcoming season if he stays with Seattle. Hollister can still negotiate with other teams, but the Seahawks would receive a second-round pick if they choose not to match.

Hollister entered last season with eight career receptions, but due to injuries took on a big role in Seattle’s offense. Hollister had 41 catches for 349 yards and three touchdowns in 11 games. He’s expected to continue having a role as a pass catcher for Seattle even with the signing of Greg Olson and the expected return of Will Dissly from injury.

The Seahawks have reportedly given an original-round tender to receiver David Moore.   That means if another team signs Moore, Seattle would receive a 7th round pick, if the Hawks declined to match the offer.  The tender means Moore would make $2.13 million in 2020, unless they come up with a multi-year contract.