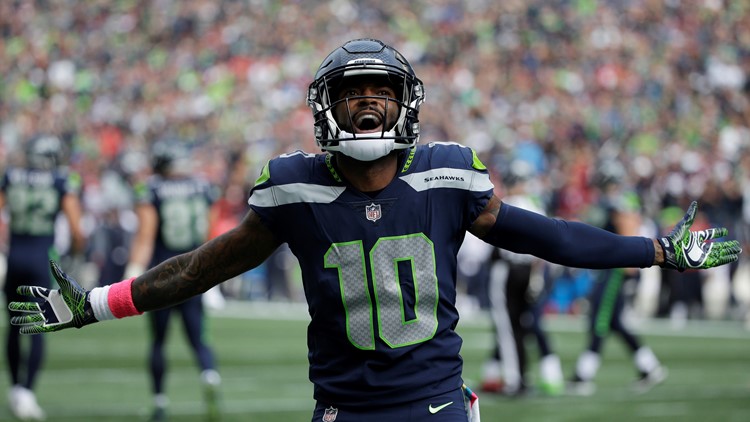 Photo by: AP
Seattle Seahawks wide receiver Paul Richardson (10) celebrates after he scored a touchdown against the Houston Texans in the first half of an NFL football game, Sunday, Oct. 29, 2017, in Seattle. (AP Photo/Elaine Thompson)

Norman struggled to live up to the $75 million, five-year contract he signed in 2016 after an All-Pro season in Carolina. He was let go with one year left on that deal.

Norman's release and $12.5 million salary-cap savings could pave the way for Washington to give cornerback Quinton Dunbar a raise.

Richardson's release doesn't save as much. But the Redskins have a handful of young receivers ready for bigger roles. The former Seahawks receiver was plagued by injuries during his two seasons in Washington.