UPDATE: The Seahawks beat the Eagles 17-9 in the wild card playoff game in Philadelphia. 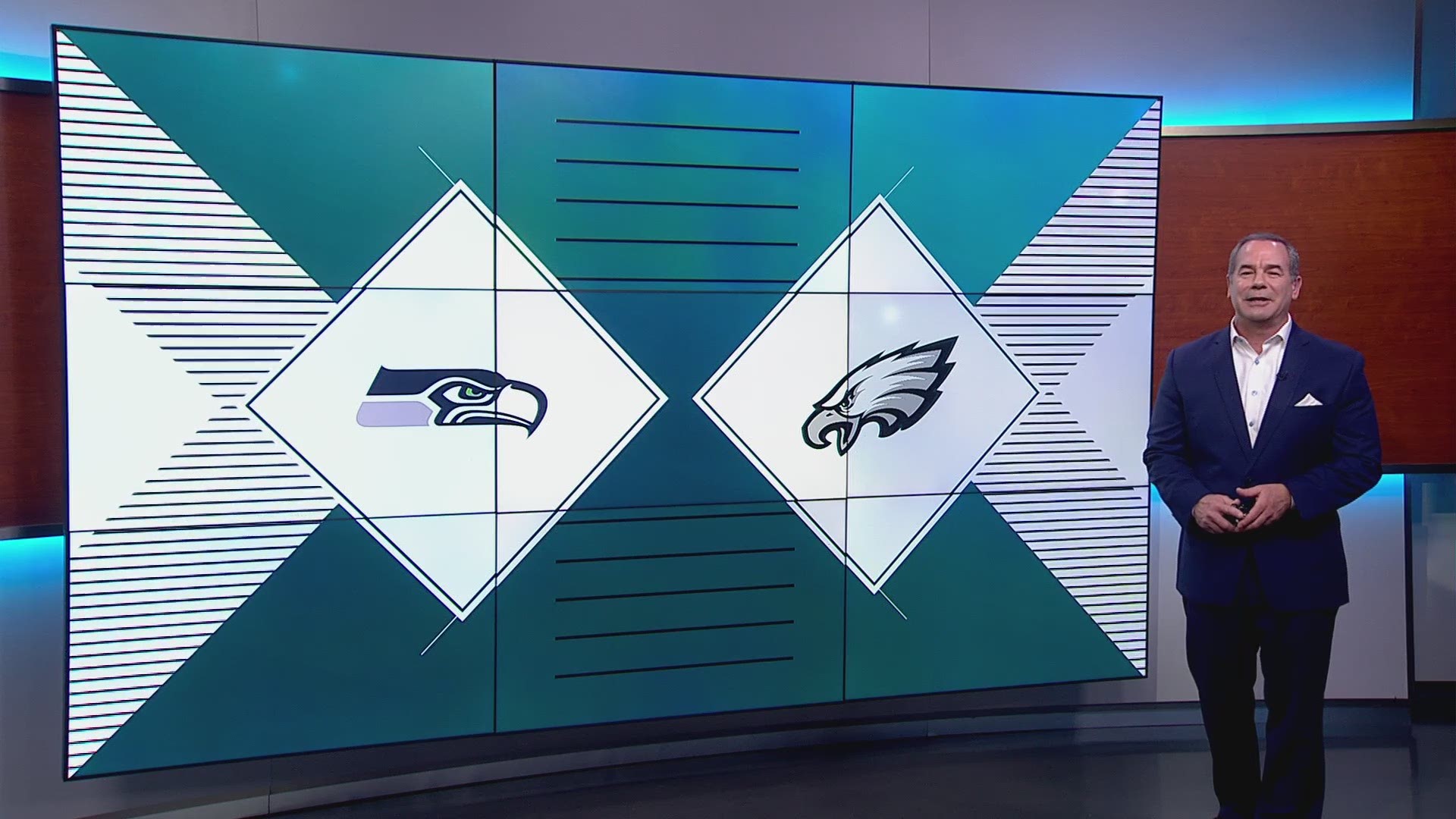 UPDATE: The Seahawks beat the Eagles 17-9 in the wild card playoff game in Philadelphia. Now Seattle faces the Green Bay Packers on the road next Sunday at 3:40 p.m.

That memorable line from Clubber Lang in Rocky III may best describe Sunday's playoff matchup between the Seahawks and the Eagles.

They are the two most beat up, banged up teams in the playoffs and when they meet Sunday in Rocky's hometown of Philadelphia, one will wind up on the canvas - the other will limp on to the next round of the playoffs.

While the Eagles roll into the playoffs on a four-game winning streak, the Seahawks stumble in, having lost three of their last four games.

Both teams deserve a lot of credit for just getting to the postseason. The Eagles, outside of quarterback Carson Wentz, are almost unrecognizable on offense. Heck, I remember sitting in the press box when these two teams met last month watching number 84 catch passes for the Eagles and saying, "Who is that guy?" I took a quick look at the flip card showing the Eagles' roster and there wasn't even an 84 on the card. Since then, number 84, Greg Ward, has become the team's leading receiver.

The Seahawks have made their own share of last-minute roster adds that have kept GM John Schneider busy. He's had a tough job - it's not easy finding available talent this late in the season, especially talent that's in shape to play in an NFL game.

The Hawks have been working their way through injuries since Week 6. That's when their train of good health started to derail when they lost tight end Will Dissly to a season-ending achilles injury in Cleveland. Two weeks later center Justin Britt, the catalyst of the offensive line, tore his ACL in Atlanta. Done for the season.

Defensively, Jadeveon Clowney suffered a core injury in San Francisco and hasn't been the same since his monster performance that night.

Ziggy Ansah has been battling health issues since he arrived in Seattle with a $9 million contract tucked under his surgically-repaired shoulder.

And as if the Hawks needed one more injury to close out the season, they lost linebacker Mychal Kendricks to a torn ACL in the final regular season game against the 49ers.

Somehow Pete Carroll has kept this team from falling over down the stretch, especially when his rushing offense was in danger of going from a 4-wheel drive unit to a Vespa.

Instead, there's still hope this team has enough horsepower to outlast the Eagles Sunday.

RELATED: PODCAST | Should former Seahawk Dave Krieg be in the Hall of Fame?