A phone call from Seahawks general manager John Schneider, a couple of years ago, is helping Steve Hutchinson heal some old wounds with the team. 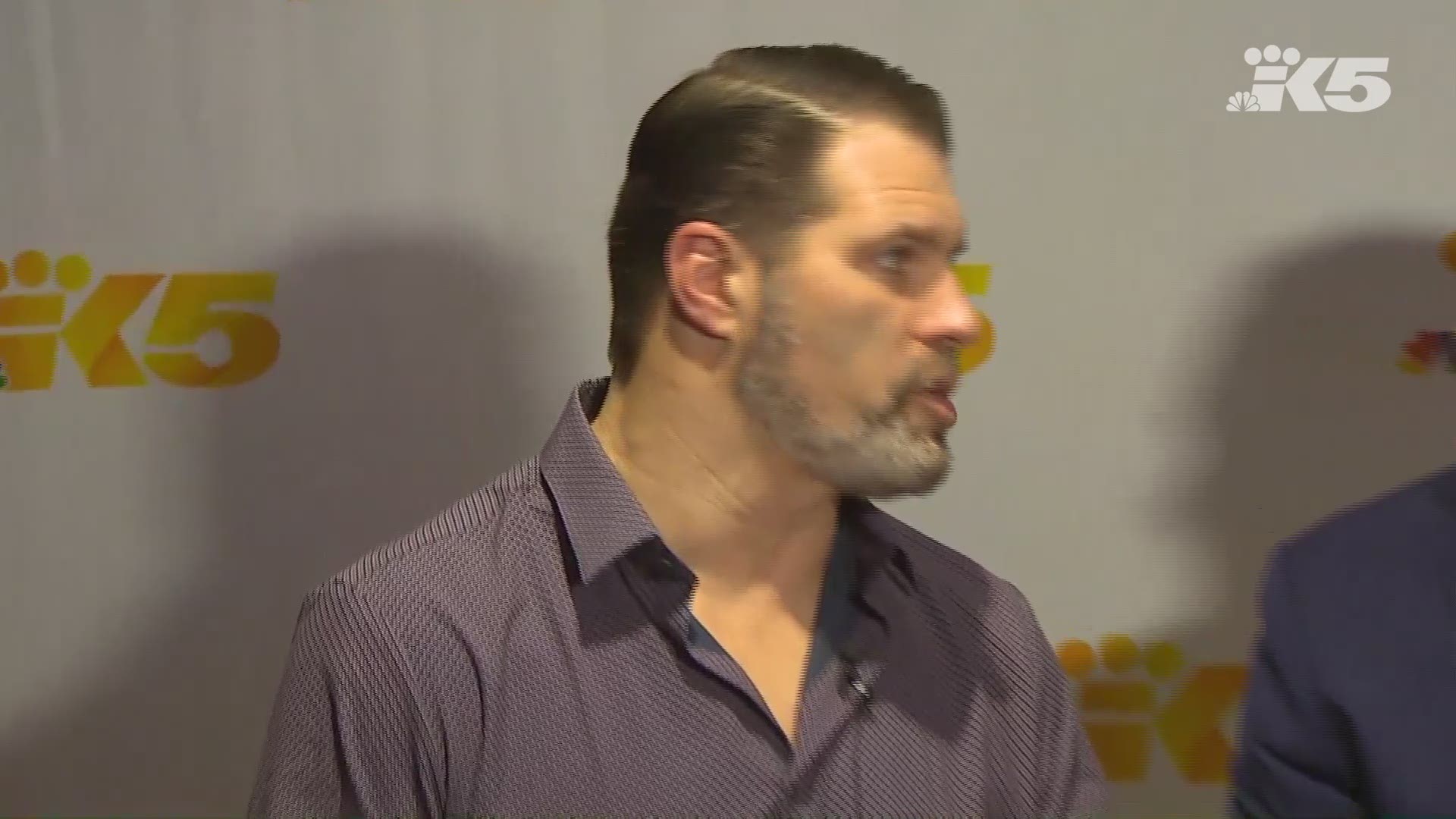 A couple of years ago, Seahawks great Steve Hutchinson received a phone call from Hawks general manager John Schneider.  What came next is helping Hutch heal some wounds.

Hutch told KING 5's Paul Silvi and Chris Egan, at the 85th annual Sports Stars of the Year Awards, that Schneider offered him a part-time job with the Seahawks.

The Seahawks legend loved the idea. "I was at home and John said hey why don't you help us out a little bit.  You can stay home, work at home, but we'll have you come up a handful times here and do some o-line specific stuff for us."  Hutch replied, "Great, because to be honest with you, I've been looking for an opportunity to get back into the Seahawks organization in some capacity, get in the door. John is the reason that the relationship has been repaired, and it's great because there's a lot of people in the organization that were around when I was playing."

The 2000's All-Decade Team member left the Seahawks after five seasons in Seattle.  The departure was a touchy subject for the Hawks and fans.  Seattle placed the "Transition Tag" on him. That meant he could negotiate with other teams, but the Hawks would have the right to match any offer.  Minnesota gave Hutch the infamous "poison pill" offer.  Unfortunately, the Hawks couldn't match it and let him go.

Hutch is excited to be back with the Seahawks.  "The fact that I get to come up here a handful times a year, and see these people and get back in the building, see guys like Walt and reconnect with Robbie Tobeck and Sean Locklear, to see all the guys that people in the building that were around, you know going on almost 20 years ago. It's great, it's great."

The 2020 Hall-of-Fame inductee seemed genuinely excited to be a part of the city that was the first home for him and his wife.   They bought their first house here and still have great friends in the area.

Hutchinson will go into the Pro Football Hall of Fame in August.  He was voted in over the past weekend, making it into the Hall on his third try.