Warren Moon is accused of sexually assaulting a woman who worked for his marketing company. 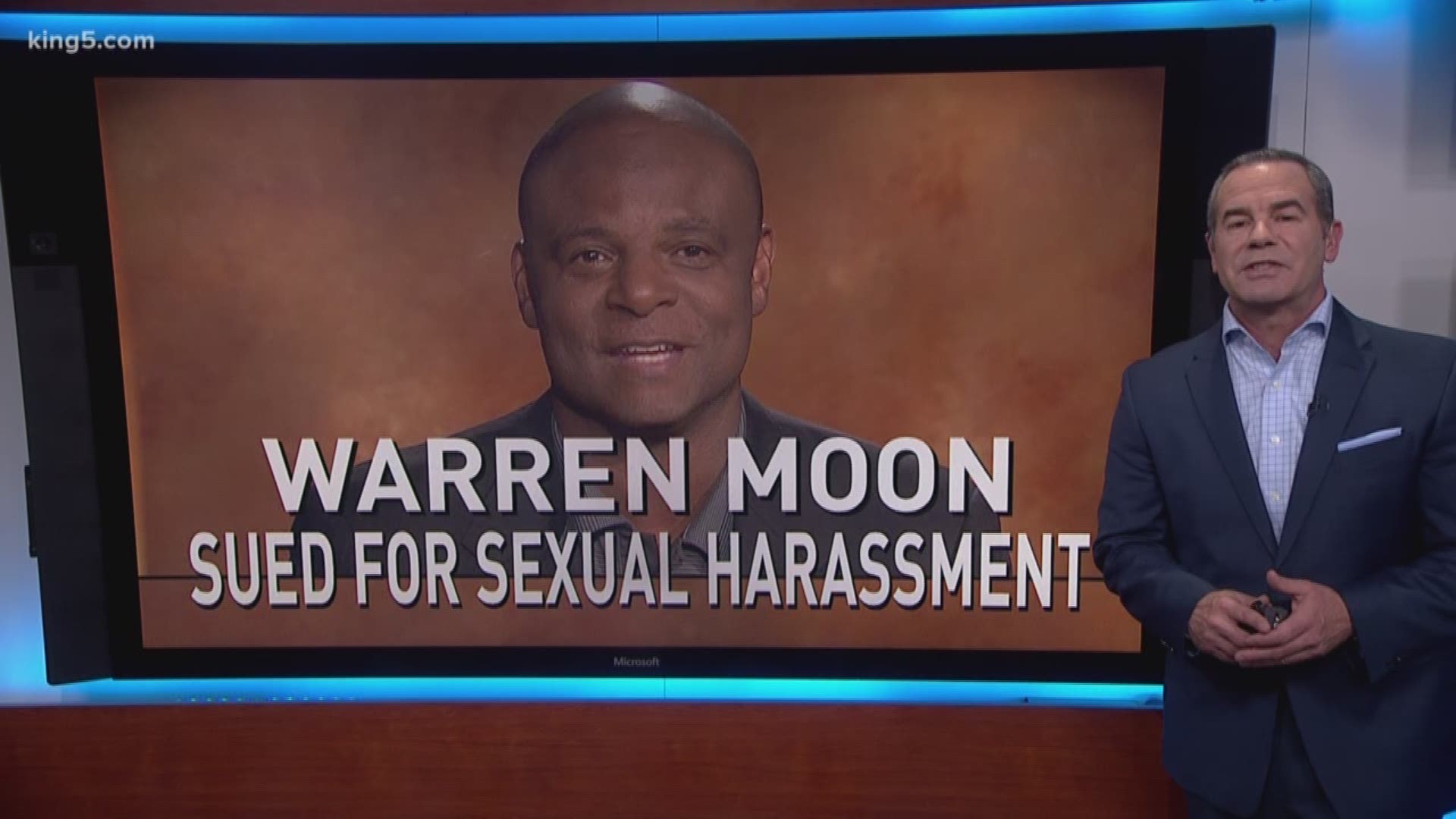 Former NFL quarterback Warren Moon will take an indefinite leave of absence as a Seahawks radio analyst after being sued for sexual harassment.

A woman, who was hired as an executive assistant to Moon in the summer, traveled with him on weekly speaking engagements, charity events and personal appearances, according to a lawsuit filed in Orange County, Calif., on Monday and obtained by KING 5.

Moon denied the allegations in a text to KING 5's Paul Silvi on Wednesday.

"Warren Moon has yet to be served with the lawsuit filed by Wendy Haskell, but he is aware of the claims contained in it. Mr. Moon denies the claims by Ms. Haskell. Mr. Moon contends these claims are meritless, and he has every intention to vigorously defend himself in court.

"Mr. Moon recognizes that his duties as a commentator on the Seattle Seahawks radio network will be impacted as he defends himself against these claims, and he has requested a temporary leave of absence from his duties with the Seahawks, which has been granted."

The Seahawks said Wednesday they accepted Moon's request for a leave of absence, and Brock Huard and Dave Wyman will take over Moon's duties as radio analyst.

The accuser claims that Moon wanted her to wear thong underwear and share his bed during business trips. The suit also claims that she was demoted when she complained to the company Sports 1 Marketing, owned by Moon, about his sexual advances.

The news first was reported by The Washington Post.

The accuser has asked for a jury trial.

Moon, 61, played in the NFL for 17 seasons, mostly for the Houston Oilers. Before that, he played six seasons in the Canadian Football League.

“I’ve worked with Warren on the show for the last six years, and I’ve enjoyed hosting it together. Moon’s knowledge of the game and specifically the Seahawks has always added an insider's perspective to our show.

“I am disappointed to read about these allegations, and I’m still working through it.

“He is not only a Hall of Famer, but he's had an impact on this community through his work with the Warren Moon Foundation.

“I’m really at a loss for words. In these circumstances there’s not much you can say when you first hear something like this.”