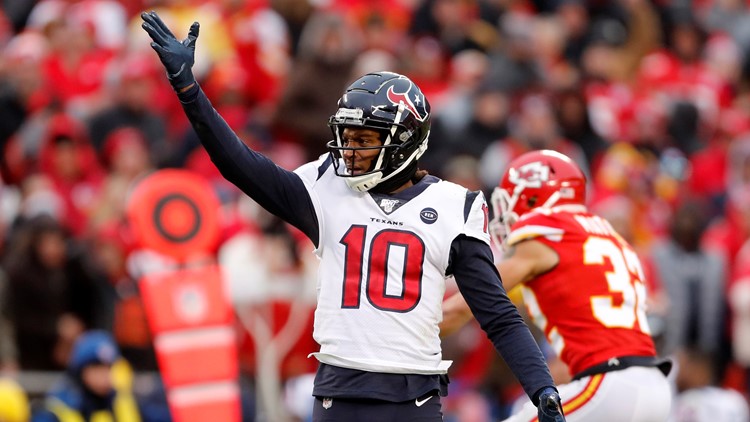 The first day that players' representatives could talk with teams wound up being more about trades than free agents. One of the NFL's biggest stars, DeAndre Hopkins, is headed to Arizona.

In a stunner that overshadowed several other trades and a slew of offers to unrestricted free agents, the Texans sent their three-time All-Pro receiver to the Cardinals for running back David Johnson, a second-round draft pick this year and a fourth-rounder in 2021.

RELATED: Report: Seahawks give 2nd round tender to TE Hollister

Dallas also franchised quarterback Dak Prescott and Tennessee did the same with running back Derrick Henry.