Patti Hammond, aka 'Mama Blue,' has made such an impact as a Seahawks fan that she was her own toy figurine and is even enshrined in the fan hall of fame as of 1999. 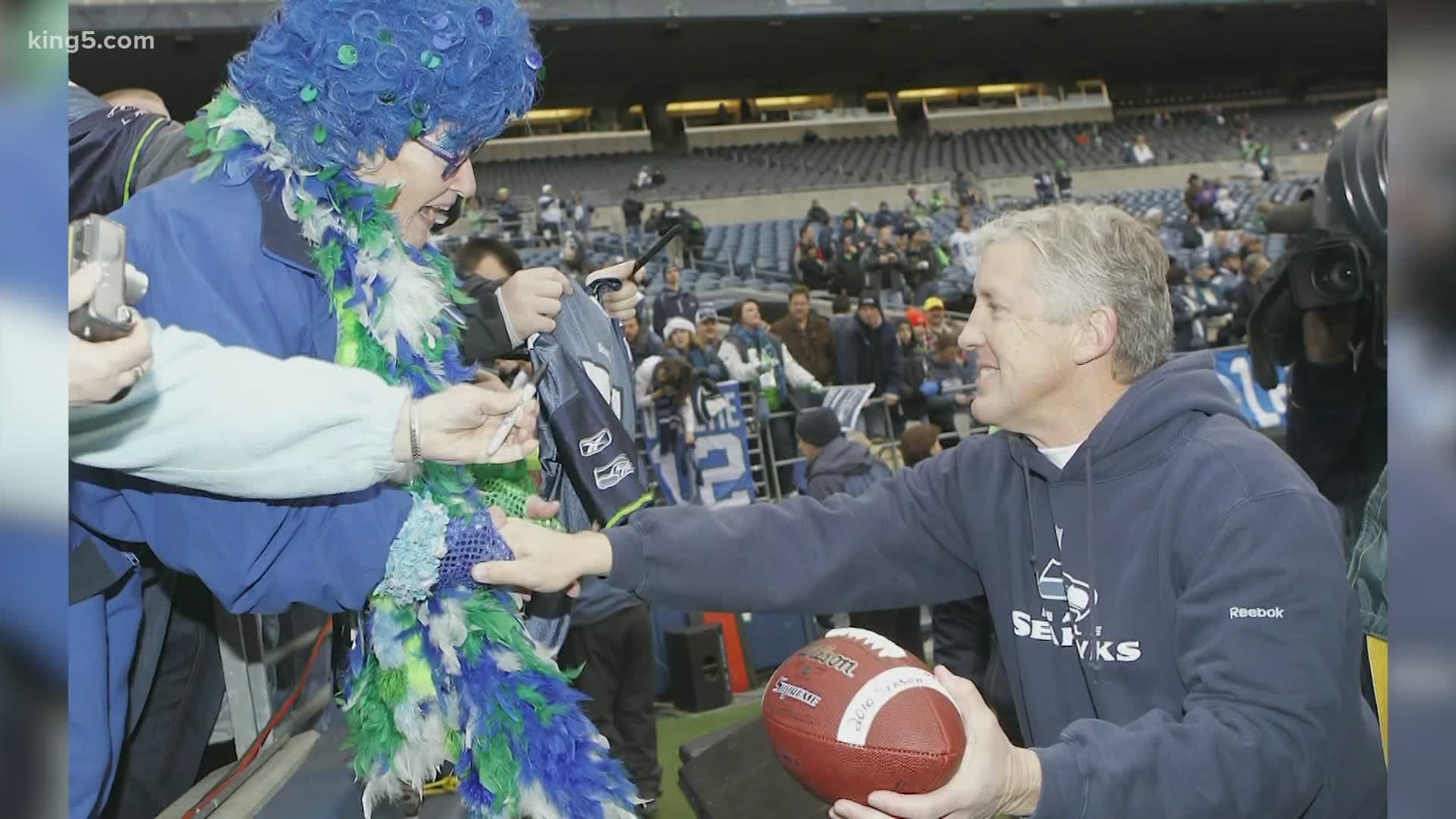 SEATTLE — There are many famous names the Seattle Seahawks franchise, but “Mama Blue” is one of a few fans that have earned a place in history.

Patti Hammond was a hairdresser for 65 years and said she always tried to do right by people.

“I had a captive audience," Hammond said. "They had their head in my sink so they weren’t going anywhere. It was great to talk to people. Next best thing to show business!"

The always-upbeat Mama Blue didn’t even break her joyful character as she reflected on her life and reacted to some upsetting news: at 89 years of age, she has been diagnosed with pancreatic cancer.

Doctors are hopeful that they caught it early enough to treat.

“I take really good care of the old lady inside me, so it was a shock to get the cancer news, but I’ll get through this. I’ve been through a lot in nearly 90 years," she said.

Hammond has made such an impact as a Seahawks fan that she was her own toy figurine and is even enshrined in the fan hall of fame, inducted in 1999.

In 2007, she became the first fan to raise the 12th Man flag at what is now CenturyLink Field. Her legacy leading fans in Seattle has rallied serious support for her current battle.

A fan-based charitable organization called Fanz 4 Good has started the Mama Blue Fund to help her tackle the medical bills. She’s on a fixed income and is still in the early stages of her diagnosis, but that didn’t stop Seattle fans from stepping forward to help her with support and financial donations.

Leave it to Seattle fans to quickly approach $12,000 in donations.