Seahawks cornerback Richard Sherman might have a future in professional wrestling once he gives up football.

Cornerback Richard Sherman #25 of the Seattle Seahawks lines up against the Baltimore Ravens in the first half at M&T Bank Stadium on December 13, 2015 in Baltimore, Maryland.
Author: Travis Pittman
Published: 2/1/2016 7:07:47 AM

Seahawks cornerback Richard Sherman might have a future in professional wrestling once he gives up football. 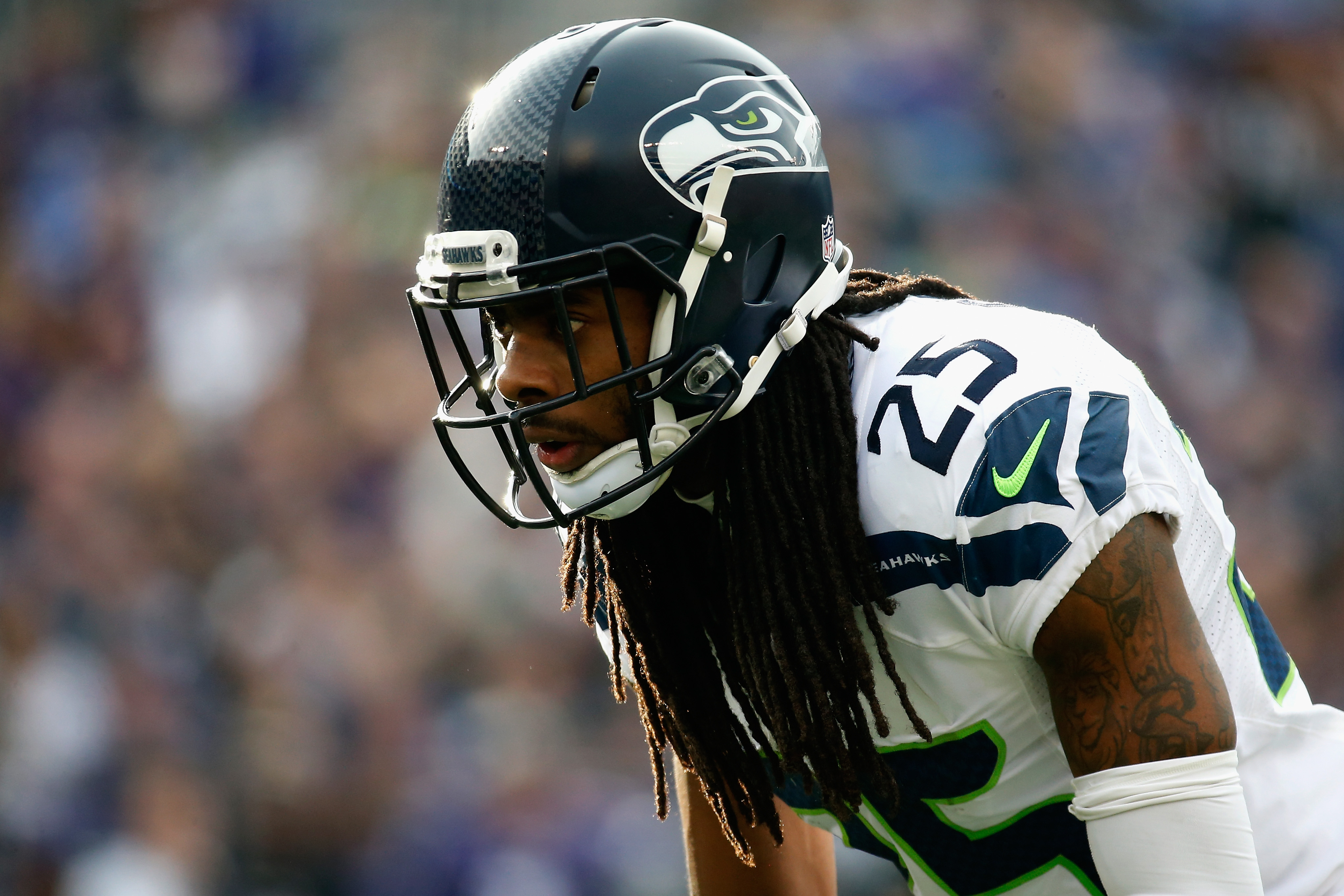 At the Pro Bowl Sunday, Sherman was goofing around on the field and pretended to give Packers linebacker Clay Matthews an RKO.

The RKO is the signature move by WWE wrestler Randy Orton. While the name may imply “Randy Knock Out,” it also happens to be his initials – Randy Keith Orton.

It was a playful moment by Sherman but as the WWE says repeatedly, DO NOT TRY THIS AT HOME.