5 things to watch for in the Cardinals second preseason game

It may only be a preseason matchup, but there's still plenty to watch for during the game. 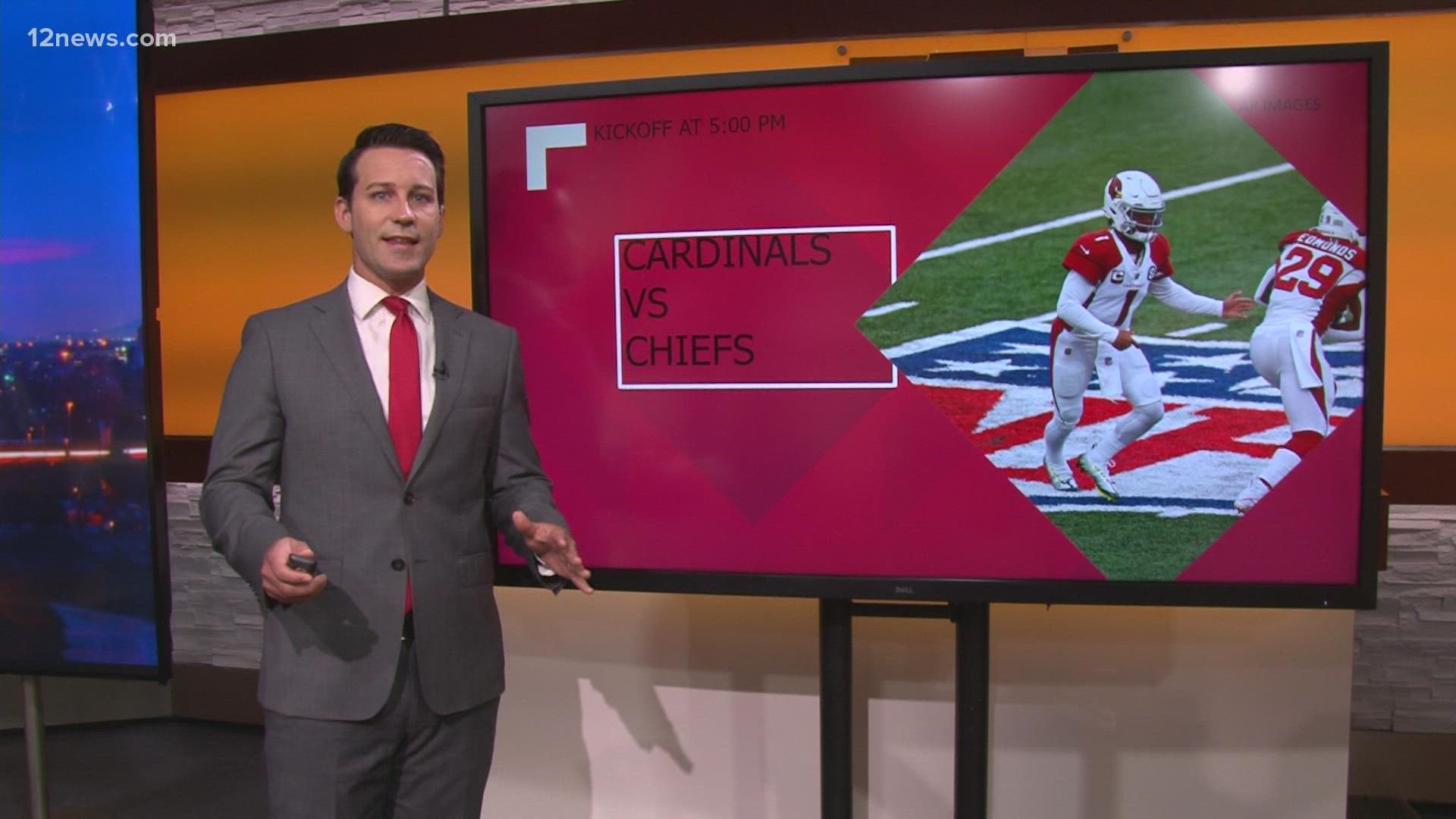 PHOENIX — One down, two to go. The Cardinals won a thrilling game last week and now they turn their focus to Kansas City for NFL preseason game two.

Before the teams are ready for kickoff, here are a few things to watch for during Friday's game.

Everyone against excellent competition

The defending AFC Champion Kansas City Chiefs are coming to town and head coach Andy Reid said his starters will play an entire half of football. Kliff Kingsbury is less committal about who will play for the Cardinals, but whoever plays will be facing elite competition. A game against the likes of Patrick Mahomes will be a great opportunity for players to put something on tape and learn from moving forward.

You could argue the Cardinals new middle linebackers passed their first preseason exam against the Cowboys. Collins seemed comfortable getting the defensive calls in from the sideline and collected a tackle for loss in his first opportunity wearing an NFL uniform. Simmons also recorded a solo tackle, and both look to build on their limited success.

Will the offensive stars play?

Kyler Murray, DeAndre Hopkins and A.J. Green did not suit up for the first preseason game. Murray’s absence was somewhat of a surprise after Kliff Kingsbury hinted his quarterback would play. Then a few days later, Murray himself admitted he doesn’t like playing in preseason games, saying, “It’s not real.” Will he play against the Chiefs? We’ll see…

Our first look at James Conner

The Cardinals' new running back was held out of last week’s preseason game while in the NFL’s COVID protocols list. Conner, the former Pittsburgh Steeler, was back at practice this week and seems ready to go for a series or two against the Chiefs. This will be our first look at the two-headed running back monster of Chase Edmonds and James Conner.

The defensive backfield against Mahomes

One of the greatest quarterbacks of this generation is going against one of the biggest question marks on this Cardinals team. How will the new-look defensive backfield hold up against elite competition is the matchup Arizona fans should be watching very closely. Don’t expect a complete shutdown of Mahomes and company, but little wins should be celebrated in a highly competitive format.

RELATED: 5 burning questions the Arizona Cardinals must answer in 2021

The game is scheduled to kick off at 5 p.m. on Friday, Aug. 20 at State Farm Stadium in Glendale.