After his time at Juanita High School, Ahmed played for the Washington Huskies and now the Miami Dolphins. 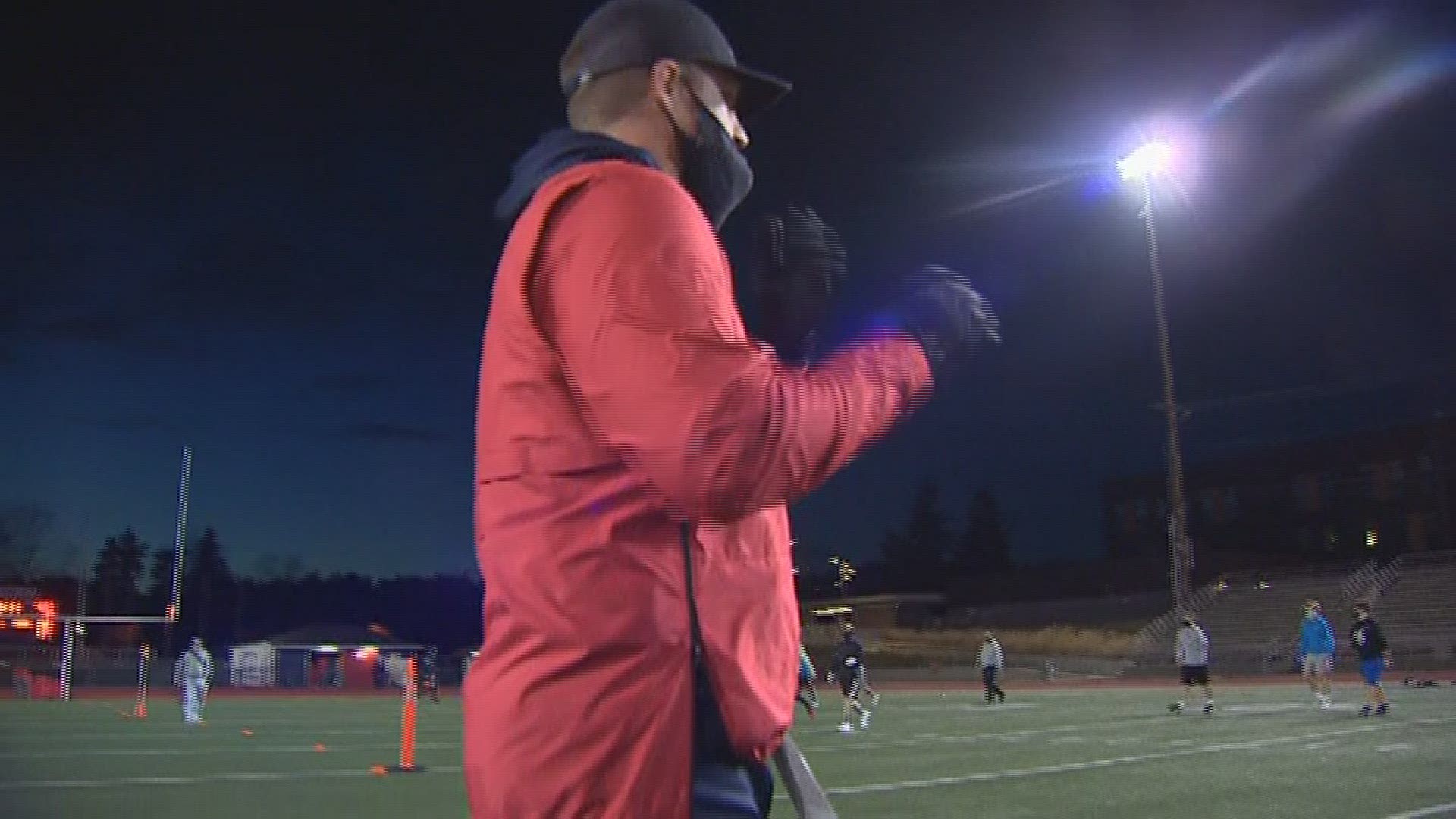 The Juanita High School Ravens are back on their Kirkland football field getting in some conditioning. Like other high schools across the state, the Ravens are hopeful to get in a 5-game season.

While waiting's been tough on the team, they got a jolt of energy from a special visitor -- Juanita H.S. graduate Salvon Ahmed. After high school, he played for the Washington Huskies and now the Miami Dolphins.

“I just thought it would be cool to come out here and be a part of these guys'  journey," Ahmed said. "I was once with them before, and I thought growing up it’d be cool to have someone from the NFL helping out, and so thought I thought it'd be cool to give back to these guys what I know."

“This place means everything to me, I love this place. I wouldn’t change my journey for the world," Ahmed said.

“Home is special to me. Now I’m in Miami, I’ve got a new home, but I never forget where I came from," he said. Now Ahmed wants to give back to the school that helped shape him.

“Everything is for Kirkland, this city made me. From the support I got from high school and junior high to college, everyone followed my journey, and they didn’t have to do that."

Ahmed is not only helping the Ravens become better football players, but he’s also teaching them about keeping a positive mindset during the pandemic.

“Everything happens for a reason. Those that make it through are the ones that don’t give up," Ahmed said.

While he loves being back home, Ahmed had a great rookie season in Miami.

He played in six games this season for the Dolphins. Against the Patriots, he rushed for 122 yards and scored a touchdown.

“It’s a dream come true. I’m here and I can play. A lot comes down to hard work, believing. My journey wasn’t easy. I was cut, I was released, I was on practice squad. Everything comes full-circle, it's a blessing in disguise for me, and it was really cool to see."