Nerd Ball: How WSU is using analytics to rebuild their basketball program

We go behind the scenes with the team to find out more about what Nerd Ball really means. 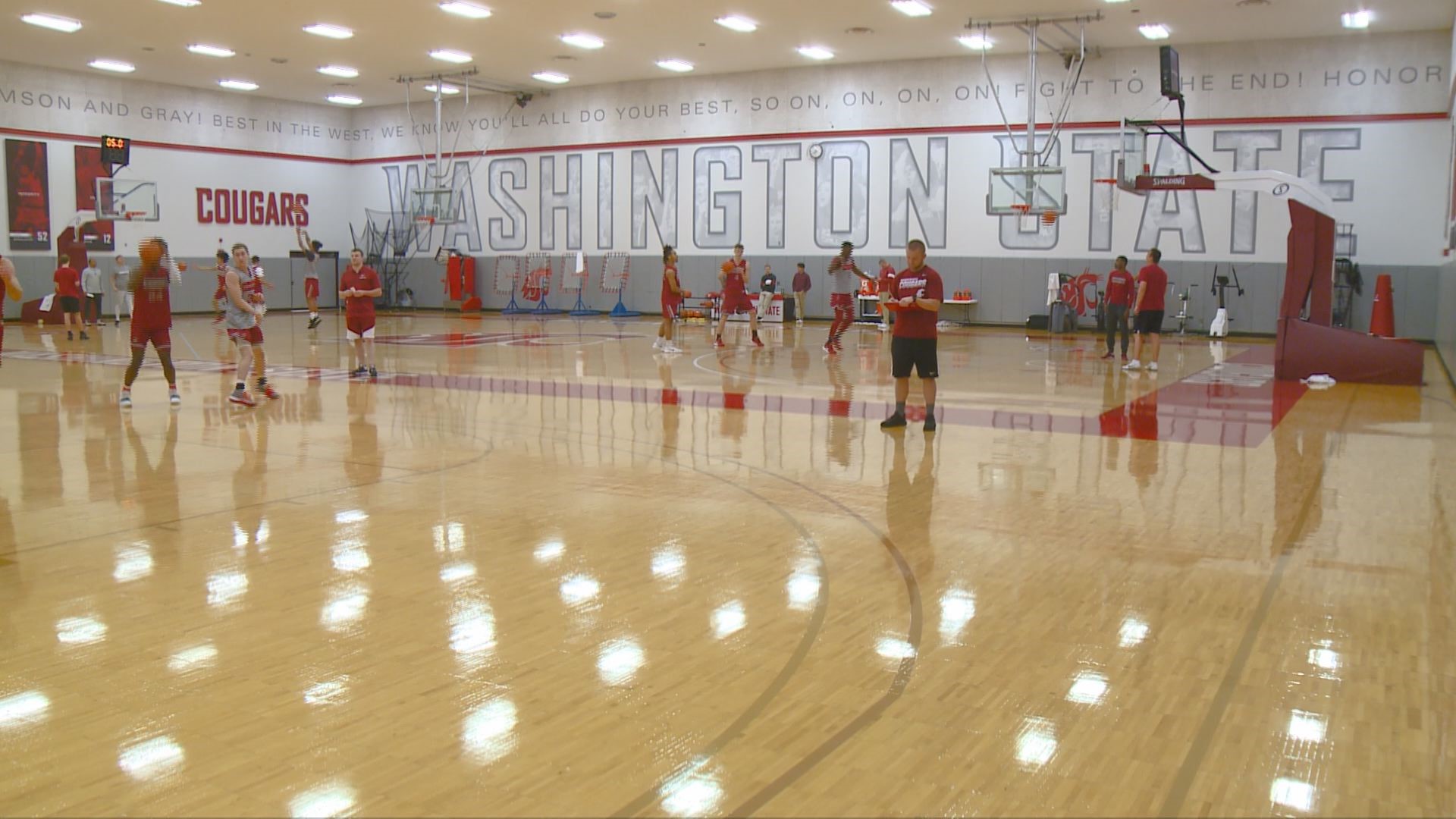 PULLMAN, Wash. — When Kyle Smith was announced as the new WSU head basketball coach last spring, the term Nerd Ball immediately became a part of the lexicon in Pullman.

Smith and his staff bring a basketball style to the Palouse that measures analytics that go far beyond shooting percentage.

"I think at first everybody is like, 'What is this? These nerds. How are they going to use this?'" said WSU assistant and analytics guru John Andrzejek.

However, at WSU so far, as the numbers back it up, so good.

"Last year Washington State was the 284th best defensive team in the country, this year we’re up to 122, big improvement," said Andrzejek. "Defensive rebounding, last year they were 235th, now we’re 37th. Not turning it over, 225th, we’re up to 10th. Like anything you get what you emphasize and those are the things that the hustle stats help us emphasize."

What exactly are the hustle stats that Andrzejek is talking about?

Well, the team uses over 50 different stats to track their players on the court and assign point values to the individual stats.

Some are more conventional.

"Like making a two, missing a three, getting an assist," said Andrzejek.

Some are much more complex.

"We’ve statted it out over the years, whoever dives on the floor first for the loose ball gets it 70% of the time. We really reward that. If I drive in to the paint and throw it out and then somebody makes an extra pass I still get a paint touch for that. Tipping the ball on a rebound, you get a point. You take a charge, you get six points. We try to quantify the little things that maybe old school coaches have been teaching for a long time and we try to make it a little more modern," said Andrzejek while showing examples of the plays.

After games the players then get a print out, telling them what they did well and what the need to improve on.

There are more reasons why the staff employs hustle stats though beyond the team being able to quantify their efforts.

"One of the big things that we love about the hustle stats is that is allows us to coach the players hard without yelling at them. It just goes a lot further for team morale than, 'Hey, you’ve gotta block out. You’ve got to run down and back. You owe me a suicide.' We don’t like that. We don’t coach that way. We try to keep it positive and improving inch by inch," said the assistant.

It also helps defer any sort of favoritism.

"It puts everybody on an even playing field where it’s transparent. We’re not playing guys because we like you, we don’t like you, we recruited you, we didn’t recruit you. We’re just playing the guys that stats say are our best players."

The team’s use of analytics goes beyond their play this year on the court. They’re also employing it to find the next generation of Cougs.

"We’ve got an algorithm that a professor at the University of San Francisco helped us perfect over the years. It gives us a rough projection of what level each kid is expected to sign at. Then we watch them on synergy, where all their film is. We kind of use our eye test, compare the two because it’s imperfect. Sometimes the computer will like a guy and we’ll be like, 'Eh, he’s not quite big enough,' or sometimes a guy will only be a mid-major player but it’s like, 'Hey, he jumps out of the gym. He’s a pretty good athlete,' What we find is that when those two marry together well-- the eye test likes the guy a lot, the computer like the guy a lot-- those are the guys we try to recruit. That’s how we try to find undervalued guys."

Andrzejek wants to note though that their staff knows that analytics are just a part of their puzzle.

"I think it’s really important for everybody to know that there’s lot more that goes in to it too. You can know all the numbers in the world, but if you don’t know how to teach blocking out, you don’t know how to teach guard and flex, it’s not going to work. At the end of the day, if you can’t get on the phone and connect with kids and get the next Klay Thompson and Aaron Baynes, that’s ultimately what it’s going to come down to."

RELATED: Kyle Smith prepares for his first season in charge of the Cougs