'I'm representing Cougs': CJ Elleby takes the next step to the NBA

Elleby became the first WSU player drafted into the NBA since Klay Thompson in 2011 on Wednesday night. 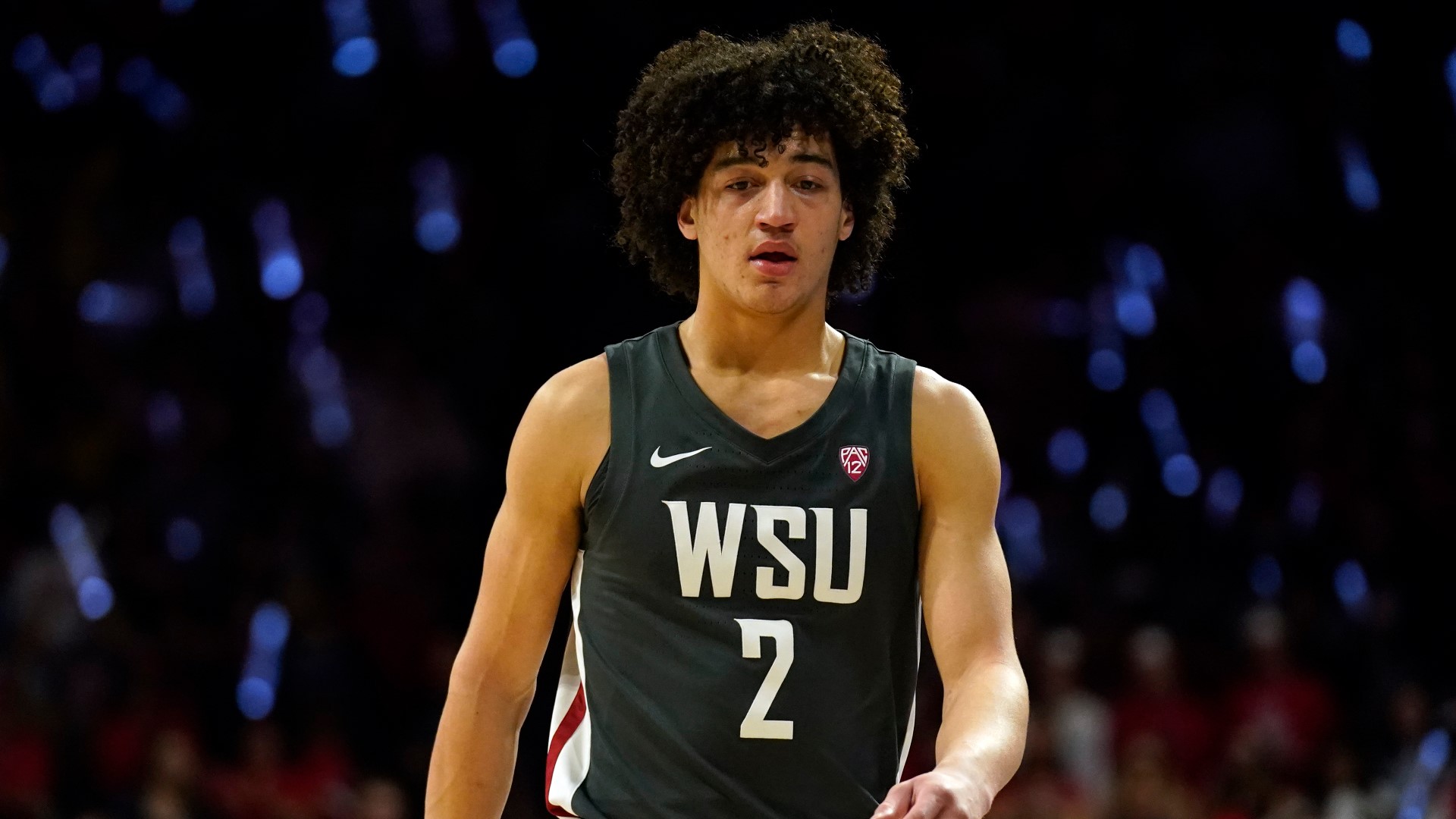 PULLMAN, Wash. — CJ Elleby has lived his whole life in the Pacific Northwest, so why not make it a few more years?

"Portland would've probably been my first pick if I would've been asked to go somewhere," said Elleby. "The Trail Blazers have been a team that I've loved since I was a kid, since I was young. That's where Brandon Roy played. I've watched his highlights. I'm going to watch them actually after we get off this call."

The 46th pick in the draft also won't lack for a tour guide in the Rose City, as one of his former WSU teammates he's closest with also hails from there.

"One of my former teammates, Isaac Bonton, he's from Portland so I've been kind of talking to him about that. He's pretty excited for me. It just been crazy to be able to stay in the Pacific Northwest. There's obviously not a team closer to my home city of Seattle so it's just a blessing," said Elleby.

CJ Elleby told the media that he was keeping it pretty cool after he got the call from Portland.

His childhood friend @PhilipPJFuller called him shortly there after though and that's when he lost it and fully realized he'd just achieved his dream. pic.twitter.com/j1D1K3glfw

Speaking of Seattle, Elleby wasn't the only westsider drafted Wednesday night. Seattleites Jaden McDaniels and Malachi Flynn, who also played for WSU at one point, got the call on back-to-back picks.

"It was super exciting. I was kind of going through the first round of the draft, and I got a new energy going into the second round seeing both of them get drafted. Obviously a lot of our dreams came true last night, and we've still got a lot to prove," said Elleby.

CJ also proved Wednesday night once again that someone can get drafted out of WSU.

He's the first NBA draft pick from the school since Klay Thompson in 2011. He takes that honor pretty seriously.