Gordon said in his media availability Tuesday that he appreciates Mike Leach for helping instill two character traits that will help him in the NFL Draft process. 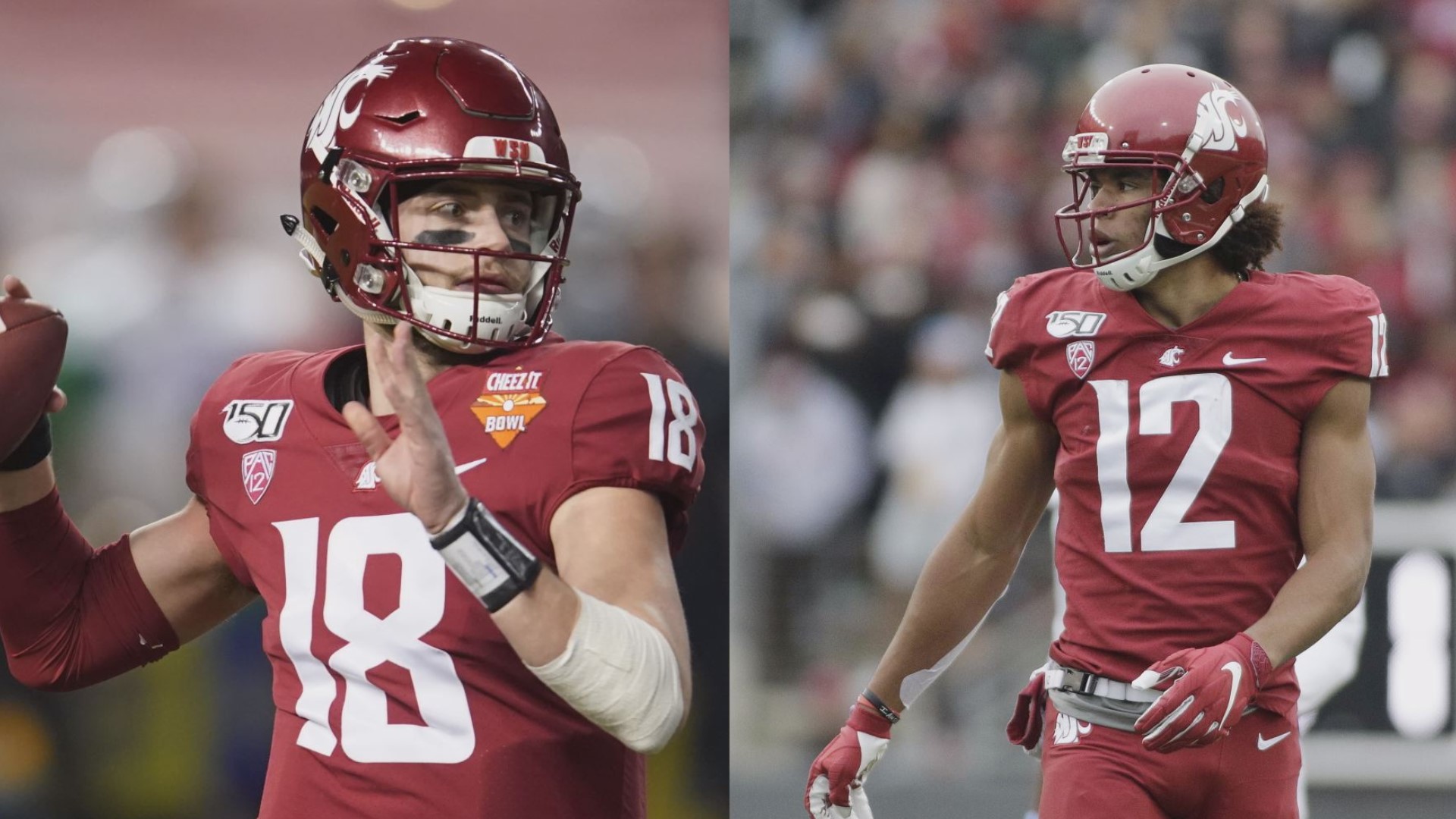 INDIANAPOLIS — It kind of feels like the law of the land at the NFL Combine.

If you’re an Air Raid quarterback, you will be questioned.

That doesn't mean though to Anthony that he can only play in Mike Leach's system.

"My whole thought process throughout this is to make sure that I fit any offense that I go to," said Gordon. "I don’t want to have any limitations or anything. I don’t want a team to feel like it’s necessary to adjust to my play style. I want to be able to adjust to their play style as well."

Even with the Air Raid speculation, Anthony Gordon is still a lock to be picked in the NFL Draft.

"You can’t really coach size and athletic ability so I feel like as a bigger guy, I definitely have the size and athletic ability to compete with all of these guys," said Patmon on Tuesday of the edge that he has. "They might be a little bit quicker, but I’m fast and I’ve got jumping ability too. I caught a bunch of passes in college, so I feel like I’m right there with them."

It's not surprising, but what he thinks his strength is correlates back to his time at WSU.

"Obviously, we only had two running plays so we got out there and ran routes every play. As a receiver, you need to be able to run routes to catch the ball so I feel like I have that. As long as I can do that, I can transition into the next level."

There’s another thing that Gordon sharpened as a Coug courtesy of Leach.

It has nothing to do with a skill or technique.

In fact, it’s probably more valuable than either of those things.

RELATED: 'It's felt like a dream': Anthony Gordon's parents reflect on son's senior season at WSU

Anthony Gordon and Dezmon Patmon will have their chance to shine on Thursday during quarterback and wide receiver testing. The events that day will take place from 1 PM to 8 PM on NFL Network.

Spokane's Evan Weaver will be available to the media on Thursday, so we'll have more with him that day.