What will WSU football's record be this season?

WSU plays the Pac-12's top three teams on the road this season. Where will they stack up? 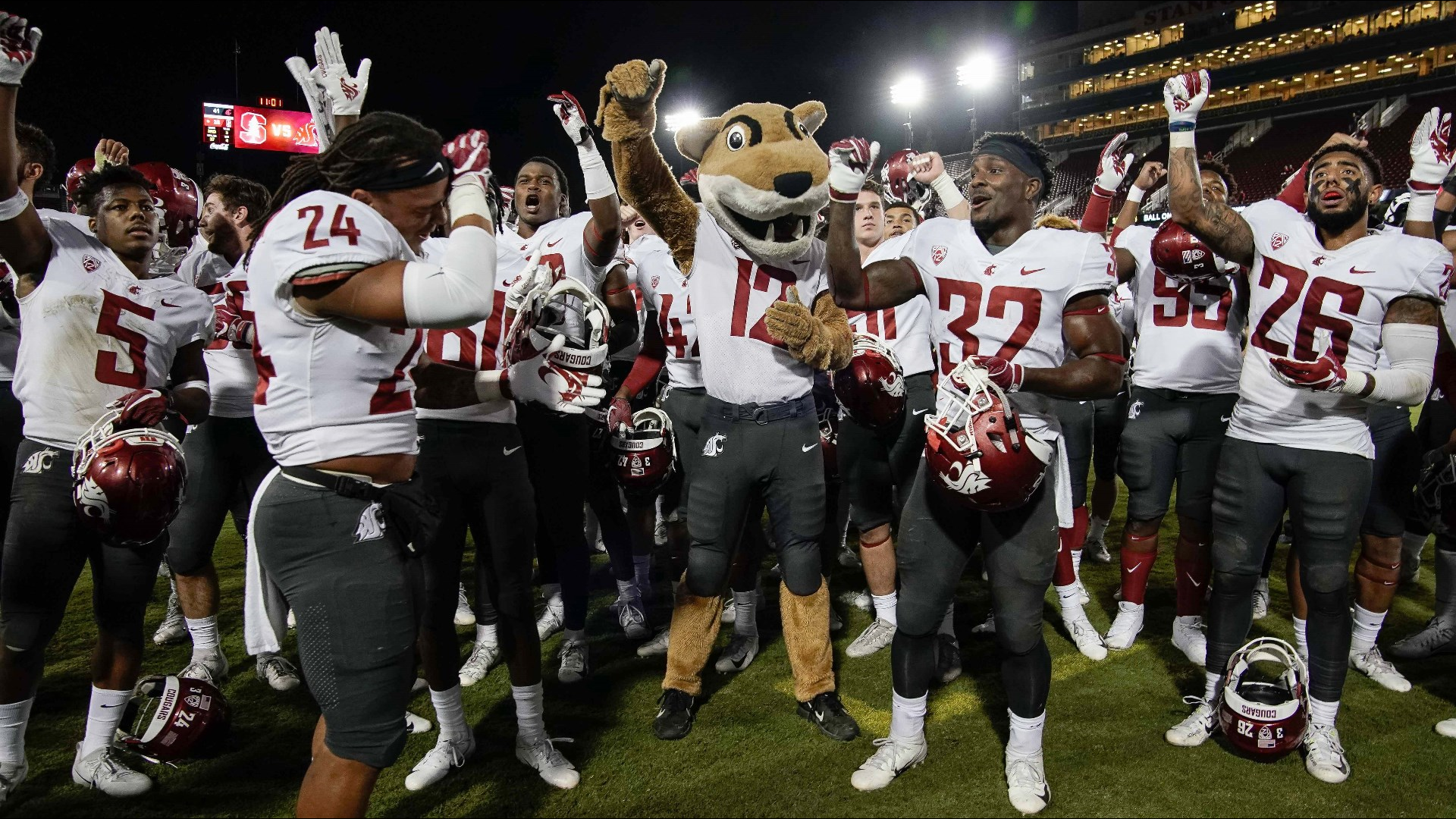 PULLMAN, Wash. — Believe it or not, we only have two more Saturdays without college football. I know, writing that puts me in a state of shock too. With that in mind, I decided today is a good day to deep dive into Washington State's schedule and predict their record next season.

Houston is the one game on here that may raise some eyebrows, but their defense was not good last year and the team lost their top three linebackers and top three cornerbacks. The Air Raid should eat them up.

Now, let's shift to the seven games we care about. We'll do this in order of schedule.

This game is going to be extremely tough for the Cougars. It's on the road, against the best defense in the Pac-12, and against the team picked to win the conference.

It was a close 28-24 game against the Utes last year in Pullman, where Gardner Minshew and Easop Winston combined for the 89 yard game-winning touchdown with five minutes to go.

Long story short, I think this is going to be extremely difficult for WSU to steal one in Salt Lake City. Giving the Utes a win here.

This game is a total toss up, especially since we're not sure how either Arizona State or Washington State's offenses will look this season with new quarterbacks. Both teams also have a bye week before playing each other, so that's another advantage that gets nullified for both squads.

I'm going to give WSU a slight edge in this game mostly because Herm Edwards is still just in his second season, but this one really could go either way.

Washington State has had Oregon's number the past four seasons, but I think this year is the year that streak ends.

That's mostly because of Oregon's top rated offensive line. The Ducks return every player on their O-line this year, and they range in weight from 295 lbs to 325 lbs. Meanwhile, WSU doesn't have anyone on the d-line above 291. The guy who is 291 is Lamonte McDougle, who isn't a lock to start right now at the nose tackle position.

Oregon quarterback Justin Herbert is going to have a lot of time in the pocket in this game, and I think that ultimately the Ducks get the dub.

Oh Cal, you've been a real thorn in the Cougs' side the last few years.

WSU narrowly got a 19-13 win over the Bears last year in Pullman, with Gardner Minshew needing to get a touchdown on his last drive to pull off a win.

The year before WSU got trounced in Berkeley 37-7, in a game the Cougs should have easily won. WSU travels back to Cal this year and faces a stout defense headed by Gonzaga Prep's Evan Weaver.

This one feels like a toss up much like Arizona State. Once again I'm giving WSU the edge, but if they don't score three touchdowns this gets iffy.

You may have noticed something about the last four games I've talked about: All of them are on the road.

Finally, Washington State gets a non-cupcake at home on November 16th in Stanford.

Unfortunately, this is another game I put in the toss up category. I'm going to give WSU the edge once again, basically because this game is at Martin Stadium.

Look, I know U-Dub is heading into a season without Jake Browning or Myles Gaskin for what feels like the first time 1923, but until WSU beats U-Dub, I gotta give this one to the Huskies.

The last time WSU beat Washington was Mike Leach's first year in 2012. Since then, the Cougars have not scored more than 17  points in a single Apple Cup. Translation: Leach's offense hasn't scored more than two touchdowns in this game in six seasons. Until Leach can right that trend, I will always pick the Huskies to win this one.

So my prediction is that WSU finishes 9-3 this season, but finishing 6-6 is also entirely within the realm of possibility. There are a clear top three teams in the Pac-12 right now, after that it becomes a bit of a toss up.