'It's felt like a dream': Anthony Gordon's parents reflect on son's senior season at WSU

The Washington State University quarterback went from unknown to NFL prospect in about four months. 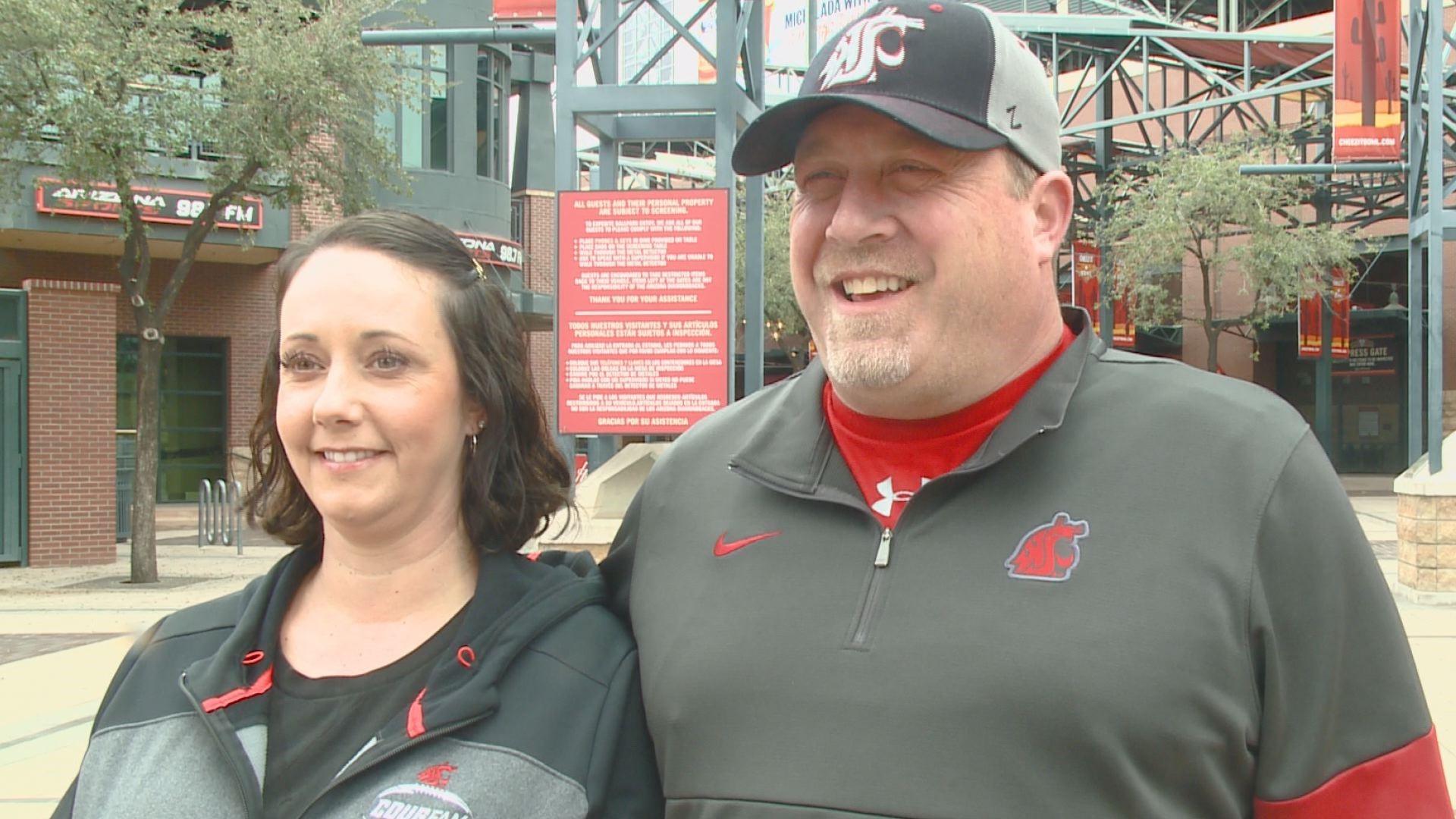 PHOENIX — It’s been a pretty crazy journey for the Gordons the past few months.

"It’s felt like a dream. It doesn’t really feel real," said Anthony Gordon's mom, Gina, with a bit of bewilderment.

Anthony has gone from an unknown in the college football world to an NFL prospect in the span of about 120 days.

Gordon’s father Ryan, who also happened to be a top notch quarterback back in the day, points out the same thing that Anthony would point out though.

That it’s not really about the records or yards or numbers for him, with the exception of two numbers.

"I think we and he wishes the record was a little better than 6-6," Ryan said. "In football the most important thing is winning and losing games, and he feels the same way. But you can only control what you can control, just go out there, play your best every game, and to lead the nation in passing is a pretty cool thing."

And Gordon’s doing that for the lone Division I team who offered him.

On Friday, he’ll put on a Cougs jersey one last time, with his family watching him.

"Maybe a little emotional," said Anthony's mother, Gina, on what it would feel like to watch Anthony's last game as a Coug. "It’s weird that it’s going to be his last college game."

"It was even emotional last week leaving Pullman for the last time," echoed his dad. "We just feel so lucky and fortunate to have been a part of it for the last four years."

But don’t think you’ve gotten rid of the Gordons quite yet.

"Our youngest son’s a sophomore in high school and he’s a really good quarterback," Ryan said. "Who knows? Maybe in three years we can be back here again with him."

WSU faces Air Force in the Cheez-It Bowl on Friday at 7:15 PT on ESPN.

RELATED: Three keys: What WSU needs to pay attention to against Air Force in the Cheez-It Bowl