WSU's Anthony Gordon primed for another big game against UCLA

UCLA is allowing about 10 yards an attempt to opponents in the passing game. Meanwhile, the Cougs' QB is ninth in the nation in that category. 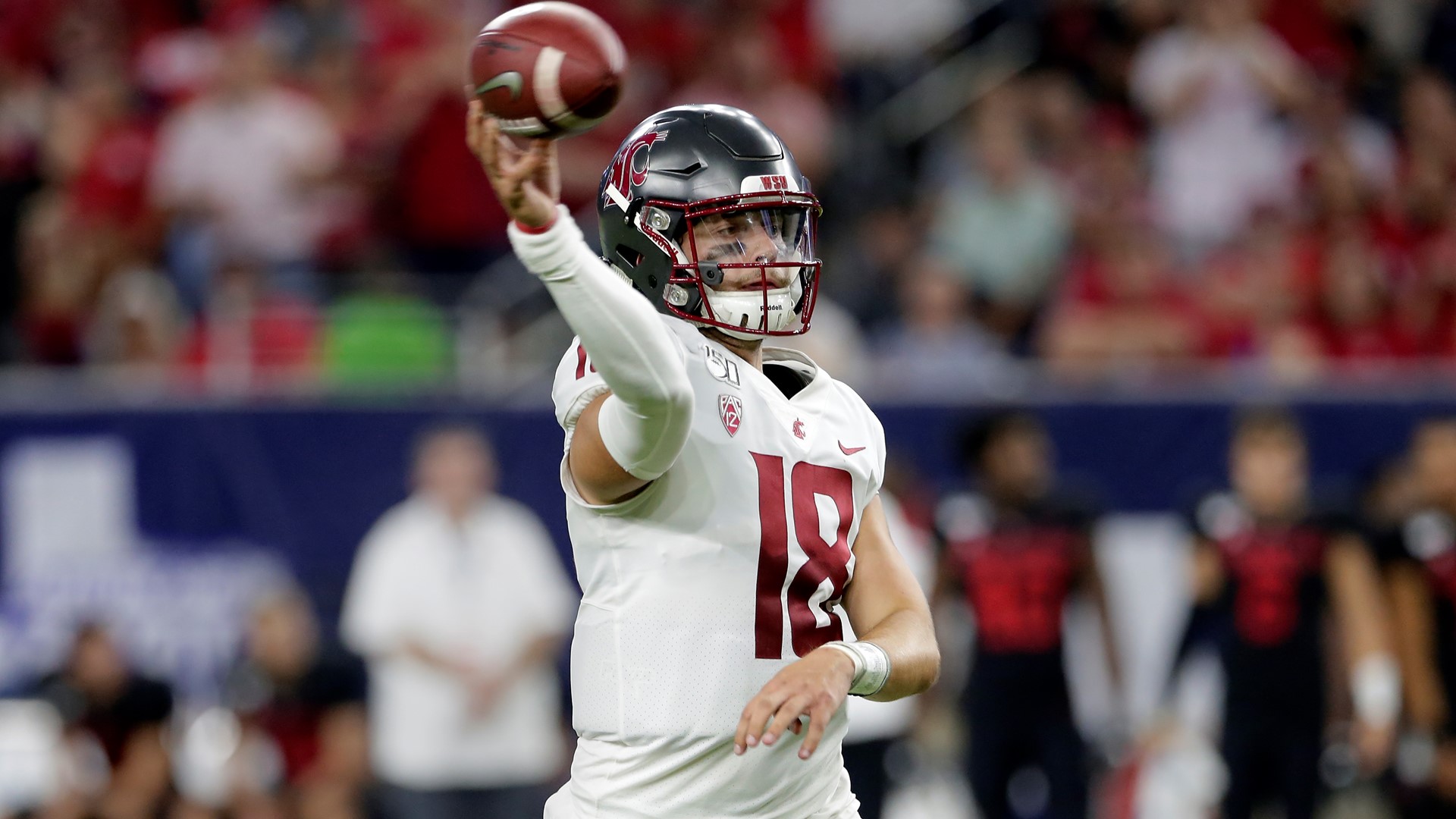 PULLMAN, Wash. — Washington State football is getting ready for its first Pac-12 conference game of the year against UCLA on Saturday inside Martin Stadium.

WSU, which just moved into No. 19 in the AP Poll, should have an easy win against the Bruins. UCLA is winless and is one of the worst teams, if not the worst, in the PAC 12.

UCLA is allowing about 10 yards an attempt to opponents in the passing game.

Gordon is primed to go off in this game too.

Cougs head coach Mike Leach has been impressed with how Gordon has grown.

"He was far from perfect last game, but when something doesn't go right, he doesn't beat himself up," Leach said. "He didn't go through that pouty, mopey stuff players do. He gets back on track really fast, which is an incredible strength, and I think that rubs off on the other players."

UCLA OFFENSE HAS BEEN STRUGGLING

UCLA's offense has struggled through its three games.

The Bruins average about 14 points per game, but where they've struggled most is turning the ball over. UCLA has already given up 8 turnovers this season through three games. That’s one of the worst in the nation.

There will be opportunities for Washington State,

According to NCAA.com, Washington State and Colorado are tied for the best in the conference in turnover margin.

RELATED: Washington State moves up one spot to No. 19 in latest AP Poll

RELATED: Anthony Gordon explains why he didn't transfer from WSU while lost in QB shuffle