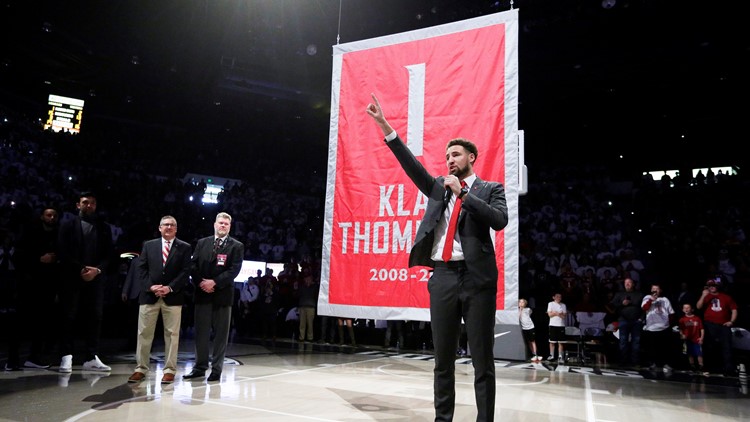 Freshman Noah Williams also had a career day.  He scored 17 points in only his second start with the Cougars.

It was WSU's first weekend sweep of the Oregon schools since 2011, when Thompson patrolled the hardwood in Pullman.

Two-time NBA MVP Stephen Curry was in attendance as his Golden State Warriors teammate and fellow "Splash Brother" Thompson had his jersey hung for perpetuity in the rafters of an unusually raucous Beasley Coliseum at halftime.

Thompson was emotional as his jersey was raised and active on the sidelines throughout the game, fist-pumping and firing up the 10,380 fans.