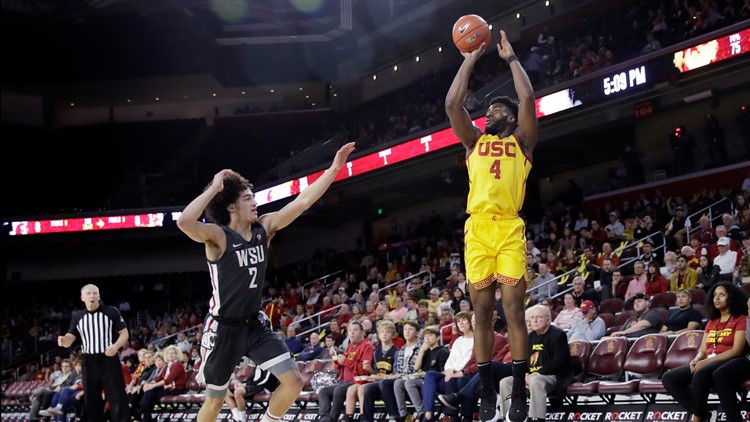 LOS ANGELES (AP) — Daniel Utomi scored season-high 23 points and the Southern California defense did the rest in a 70-51 victory over Washington State.

Ethan Anderson scored 12 points while Isaiah Mobley had nine points and 11 rebounds as the Trojans earned a home sweep of the Washington schools after a victory over Washington on Thursday.

CJ Elleby scored 22 points with 13 rebounds for the Cougars, who lost for the third time in their past four games while losing both games in the Los Angeles area after they fell to UCLA in overtime on Thursday. It was Elleby’s 10th career double-double.