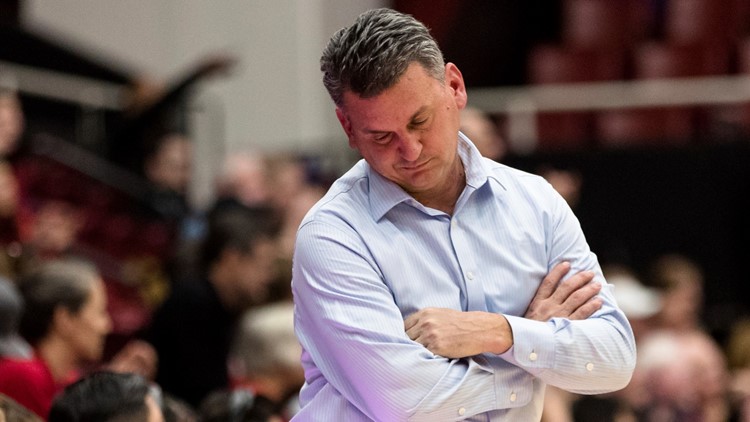 Photo by: AP
Washington State head coach Kyle Smith reacts after a Stanford player scored a basket and drew a foul during the second half of an NCAA college basketball game Saturday, Jan. 11, 2020, in Stanford, Calif. (AP Photo/John Hefti)

Stanford keeps up mastery of Washington State with 88-62 win

Freshman Tyrell Terry scored a season-high 22 points and had six rebounds in helping Stanford win for the seventh time in eight games, a 88-62 victory over Washington State on Saturday.

Carlos da Silva scored all 15 of his points in the first half for the Cardinal, who beat the Cougars a seventh straight time.

Isaac Bonton reached double figures in scoring for the sixth consecutive game, netting 15 points for the Cougars, who have lost three of four to open conference play since a six-game winning streak.

C.J. Elleby missed his first seven shots before hitting back-to-back three-pointers.  He scored a season low six points and was held to single digits for only the second time this season.