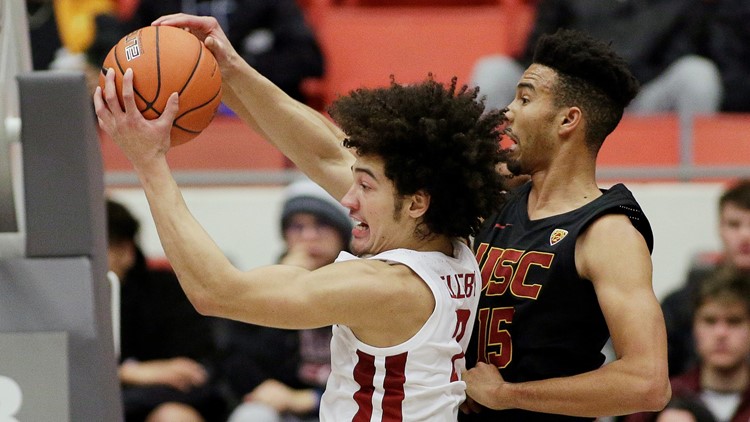 Onyeka Okongwu scored 27 points and grabbed 12 rebounds to lead Southern California to a 65-56 victory over Washington State in the Pac-12 opener.

USC held WSU to just 28% shooting.  Isaac Bonton and C.J. Elleby combined to hit only 21% of their shots, going 10-48 from the floor.  Elleby averages 20 points per game, but was held to seven points by USC.

The Trojans have now won six in a row. Okongwu finished 12-of-14 shooting and had two blocked shots in his first game back after suffering a mild ankle sprain.

Bonton scored 18 points and Tony Miller had 15 points and 11 rebounds for WSU.  It was Miller's first double-double as a Coug.

The Cougars were overpowered by the bigger and more physical Trojans after going undefeated in December.

Next up for the Cougs, UCLA in Pullman on Saturday.