In a statement, Nick Rolovich’s attorney said Rolovich’s termination from WSU was “unjust and unlawful.” 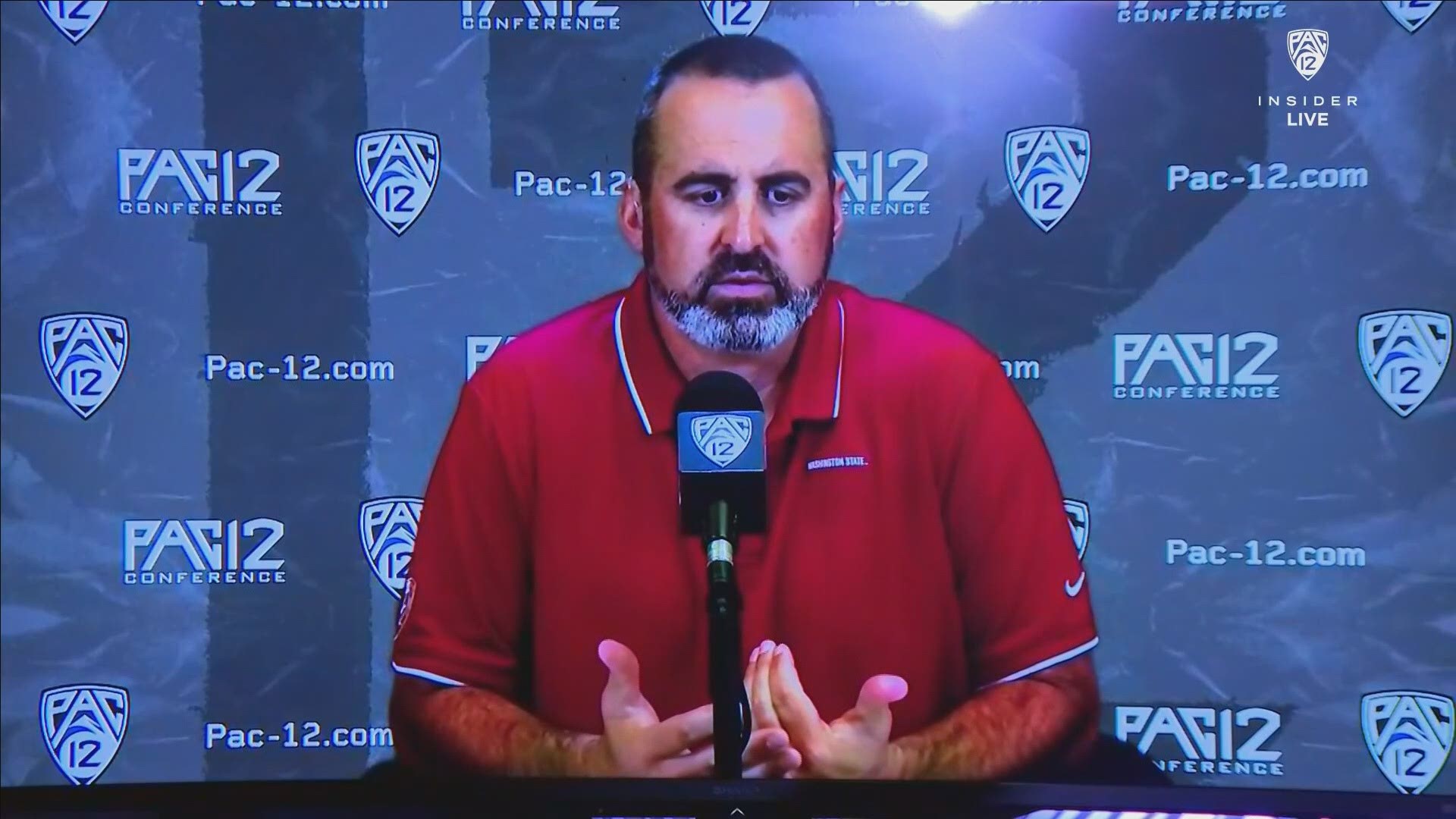 PULLMAN, Wash. — Former Washington State University (WSU) head football coach Nick Rolovich is taking legal action against the university after he was fired for not receiving the COVID-19 vaccine by the state's Oct. 18 mandate deadline.

In a statement, Rolovich’s attorney Brian Fahling confirmed the former coach filed a religious exemption, but it was denied by the university. The statement says Rolovich “will be taking legal action against Washington State University, and all parties responsible for his illegal termination.”

Fahling said in the statement WSU Athletic Director Pat Chun directed campus police to escort Rolovich to his car after he was fired. He was not allowed into his office or to speak to the WSU football team.

Fahling said “Chun had already determined that Coach Rolovich would be fired” since early April, and his "discriminatory and vindictive behavior has caused immeasurable harm" to Rolovich and his family.

Alexander Higgins, a Seattle employment attorney, said that under religious accommodation law, the employer only has to show a de minimus burden, or a very small burden, of accomodating the religious belief. Higgins said that burden could be as simple as not wanting players or staff to be infected with COVID-19.

"Unless there are other facts and circumstances that he’s alleging, I think it would be very difficult to prevail on that claim," Higgins said.

Rolovich was the highest-paid employee in the state with a salary last year of $3,195,500.

According to a statement from WSU President Kirk Schulz, nearly 90% of university employees are vaccinated.

It is widely believed the university will not have to pay Rolovich any money from his buy-out because his firing is believed to be with cause.

Rolovich ended his WSU tenure with a 5-6 record overall. His team played four games in 2020’s COVID-shortened season and seven games before he was let go.

Click here to read the full statement from Rolovich's lawyer.