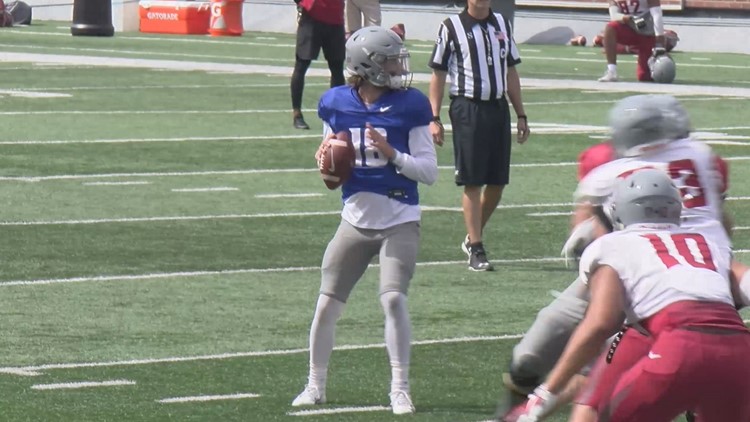 Gordon and Gage Gubrud have been the two front-runners battling to be the Cougs starter this fall.

Gordon has been performing better as of late, including in a team scrimmage on Saturday afternoon. He went 15-22 for 173 yards with three touchdowns in it. Gubrud went 16-27 for 144 yards, four touchdowns and an interception.

Leach said the team will likely decide on a quarterback in the next few days.

RELATED: What will WSU football's record be this season?