The Cougs haven't been to the NCAA Tournament since 2008. The only Power 6 school who's Tournament drought is longer is DePaul, who last went in 2004. 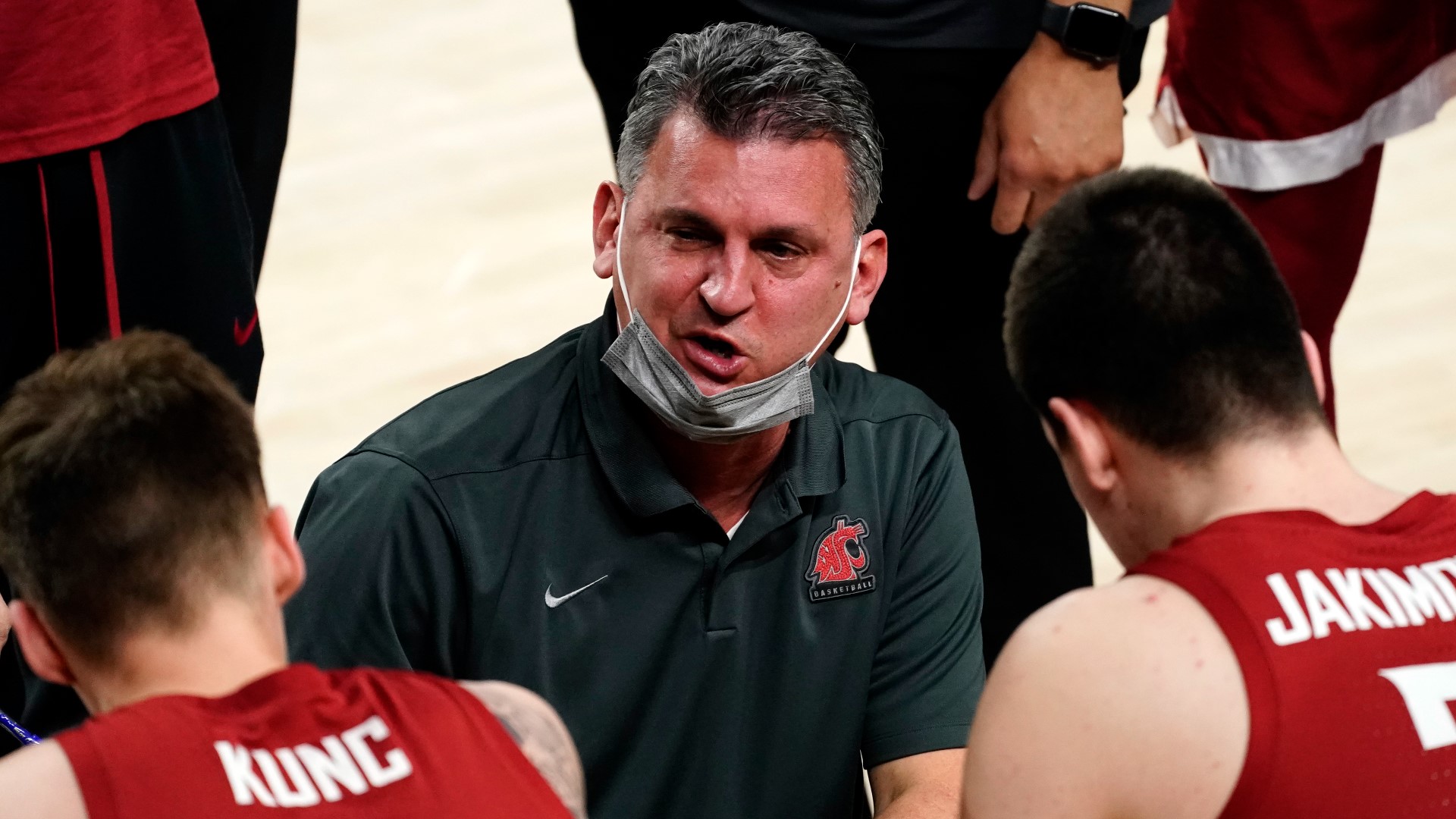 The last time they went to the big dance was 13 years ago but many people think that that streak may finally be broken this year.

“I actually saw someone in Lake Chelan wearing an Abogidi t-shirt that they designed themselves, so I thought, ‘Alright, we’ve arrived,’” said WSU head men's basketball coach Kyle Smith of the buzz around his team.

Three seasons ago, WSU men’s basketball was ranked the third-worst Power Six team in the country by KenPom.

A month ago, ESPN’s Joe Lunardi had Washington State as the fifth team out of the NCAA Tournament.

“I still think we're a ways away from that," said Smith of the NCAA Tournament predictions. "It's early. Premature on the talk, but, when Pat hired me-- I probably shouldn’t say this-- he said, ‘I want the best mid-major team.’ Just in the idea that’s where I’d coached, and we’re ahead of that. Our recruiting, the talent, we were like, ‘We need to get high-major Pac-12 talent.’ We think we’ve done that. We’re just still young and inexperienced, but, on paper, we look the part.”

That is due to players like junior guard Noah Williams, the aforementioned sophomore post Efe Abogidi, and sophomore center Dishon Jackson.

Smith says he expects all of them to play heavy minutes next season but is still unsure how a rotation that may be 10 players deep will shake out.

Someone Smith did single out though as a player who’s caught his attention will be a familiar name to college basketball fans in the Inland Northwest.

“One that I’ve been really excited about is Kim Aiken," said Smith of the transfer from Eastern Washington. "Good leadership, very mature, two-way player that’s really added something we need. Just an older guy who’s been through it.”

They’ll certainly need that leadership this season as well, especially in a Pac-12 conference that is projected to be one of the deepest in the country.

Last year’s successful NCAA Tournament run for the league made the Cougs believers in themselves.

“If they can do it, we feel like we can do it. We beat UCLA, we beat Oregon, so we’re capable. It’s going to be tough every night. We’re going to have to bring it. There’s going to be some good teams that aren’t going to make the NCAA Tournament. I just think the talent’s too good, the coaching’s too good, but that’s exciting to really compete at the highest level,” said Smith.

It’s a level not many, except for those on the inside, thought was possible a few years ago.

“We got a lot of no’s that first spring when we had to sign nine guys. It’s nice to be recognized when people pick up the phone. They want to hear what we have to say. We’re building something nice,” said Smith.