Rolovich confirmed in a press conference on Monday night that de Laura will line up under center against Oregon State this weekend. 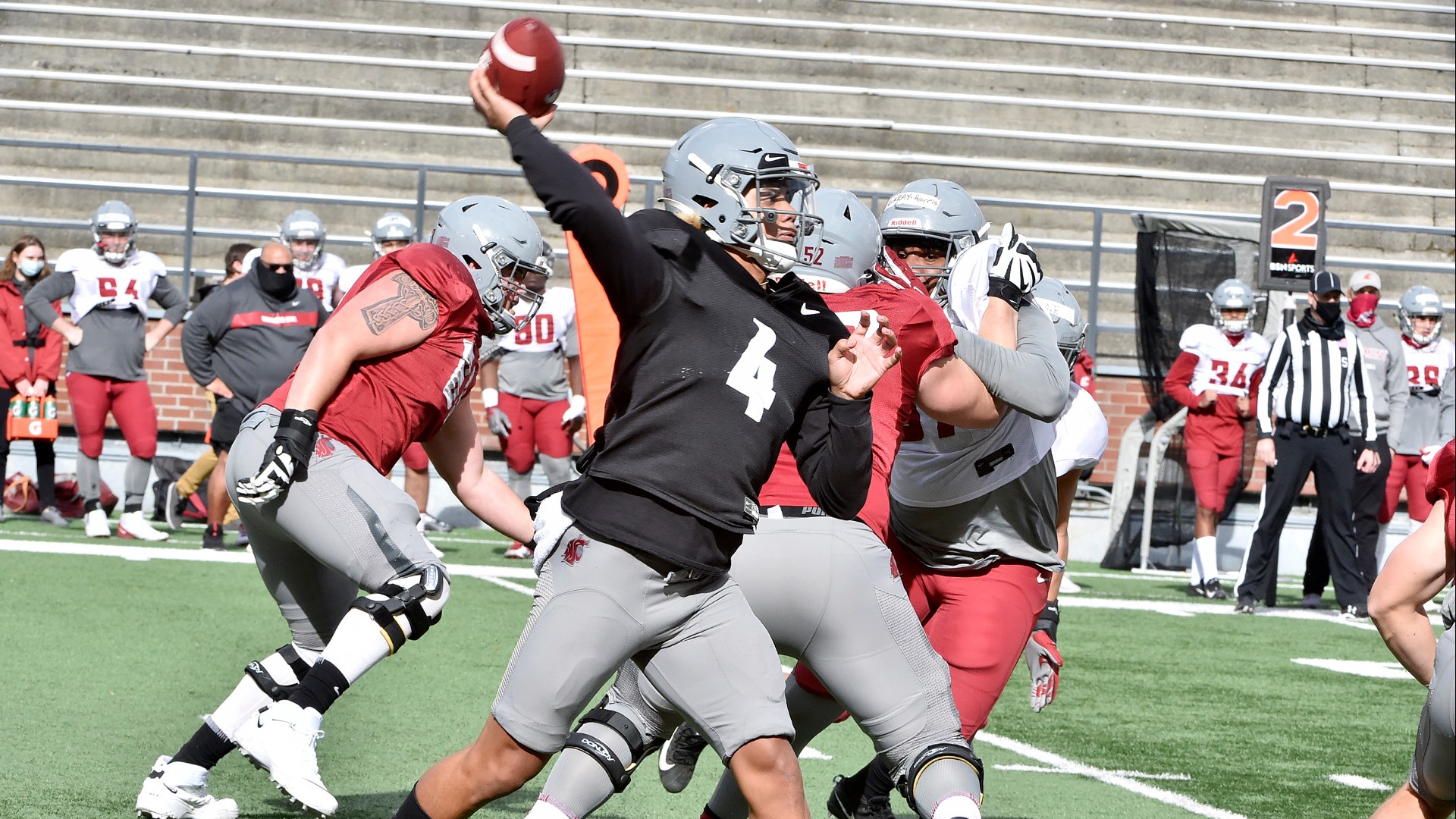 PULLMAN, Wash. — One of WSU's great mysteries coming into the season is no more.

On Monday night, Nick Rolovich confirmed that Jayden de Laura will start at quarterback for the Cougs in their season opener against Oregon State.

"He has good arm strength, good understanding, good timing, good zone manipulation of defenders. Gets the ball out quick. Has some accuracy, has the ability to make some plays off script and his competitive nature. I think he came here for a reason," said Rolovich of de Laura.

"When he got off the plane I think he had probably a couple missions: Where am I going to live, where's the playbook, and when are we starting practice? I’m sure he’s been waiting for this his whole life, and I expect him to take advantage of it," said Rolovich.

The Hawaii native had a big of a leg up in the quarterback competition as he ran the same offense Rolovich runs-- the run and shoot-- in high school. Rolovich has also known of de Laura for years as Rolovich was the head coach at Hawaii as de Laura was ascending the high school ranks. He offered de Laura a scholarship long before WSU had ever heard of the quarterback.

Rolovich told multiple members of the media last Tuesday that he had named a starting quarterback internally. It appears he did that after the Cougs' second scrimmage.

It appears that Cooper was the runner up in the contest.

"It was close," said Rolovich of the QB competition. "Almost to a point, somewhat unfair because I don't think they got the opportunities that they would have gotten in a regular yearly cycle, but the clock is ticking."

Rolovich has mentioned several times that he'd be willing to pull the starter if he falls on hard times. He also has mentioned that in the COVID-19 era, you never know what's going to happen.

"You gotta perform well because he’s got two other guys right behind him on his butt," said Rolovich on Monday.

Rolovich and the Cougs take on Oregon State on Saturday at 7:30 p.m. on FS1.