Jake Dickert has 14 years of football coaching experience. He was most recently the defensive coordinator at WSU. 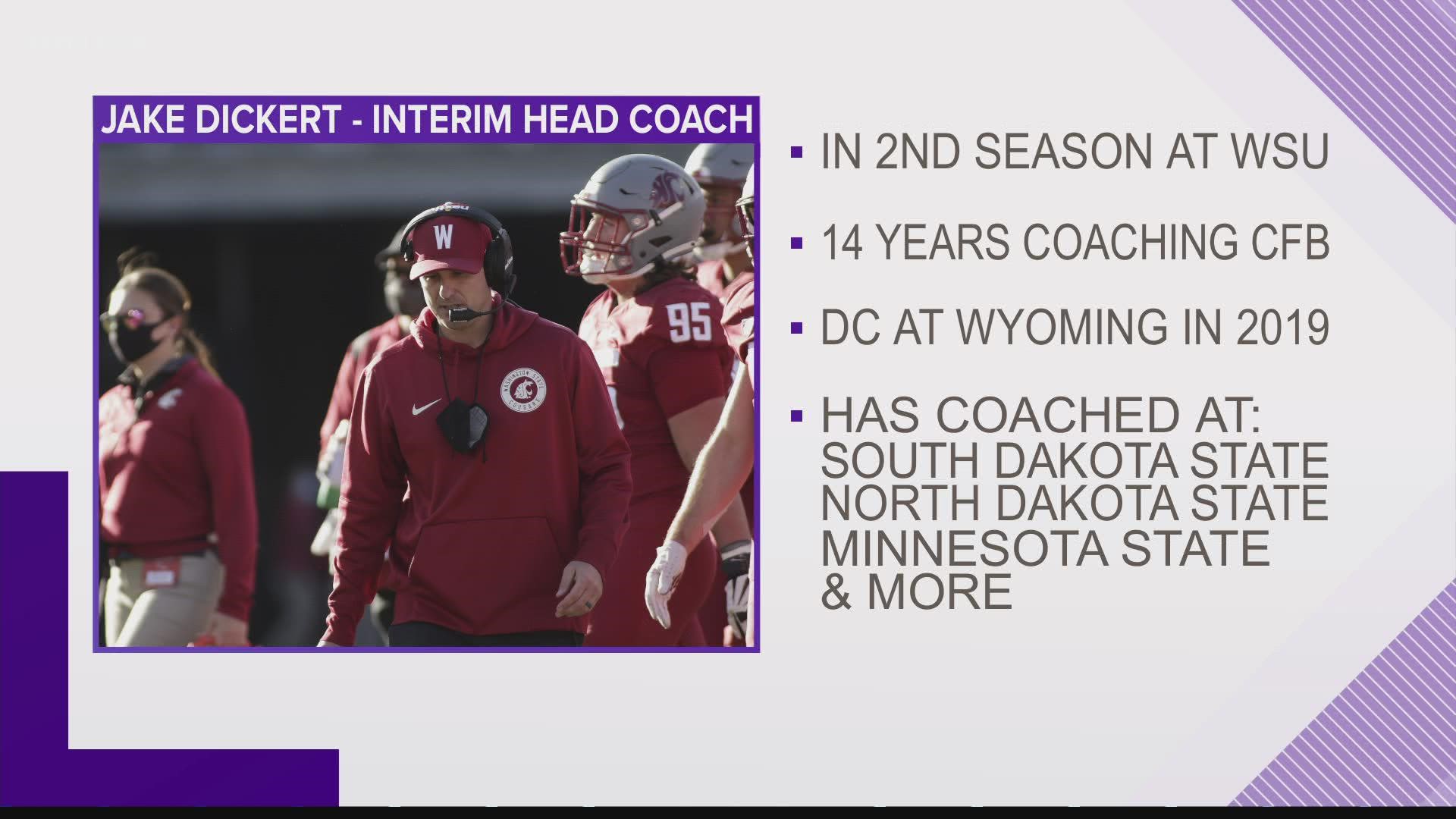 This is Dickert's second season at WSU.

According to his biography on the team's website, in his first season with WSU the defense produced All-Pac-12 Conference selections. The team also led the league with eight forced fumbles and was fourth in rush defense. He has 14 years of college coaching experience and came to WSU after three seasons at the University of Wyoming.

Dickert arrived as part of Rolovich's staff in 2020 and turned things around on his side of the ball. Last season, the rushing defense averaging 30 yards less per game from the 2019 season. However, WSU ranks 8th in points given up per game in the PAC-12 this season.

Dickert has 14 seasons of college football coaching experience. His most recent stop before Pullman was at the University of Wyoming where he coached for three seasons and was the defensive coordinator in 2019. Dickert's run defense was ranked 11th in the country.

☑️ 2nd Shot Complete. We all have a choice, but I am Proud to do my part to #StopTheSpread and can’t wait to see fans at Martin Stadium this fall. pic.twitter.com/O4hTEhiRyU

The change in coaching staff is due to the firing of Nick Rolovich.

Rolovich applied for a religious exemption from Governor Jay Inslee’s mandate where all state employees must get vaccinated for COVID-19. His religious exemption was denied by WSU. They said that they could not make appropriate accommodations for Rolovich if he was unvaccinated.