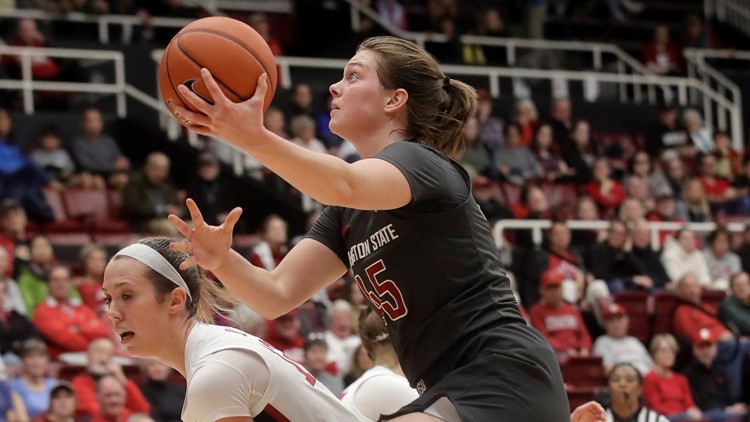 'Bobi Buckets' needed only 9 points to break Jeanne Eggart's career record of 1,967 points.  Hristova ended up scoring 26 in the game.  It was the 45th time that 'Bobi' scored 20 points or more, in a game, in her career.

After the game, Hristova was very proud of the record, saying "I am very honored to have my name next to some of the greatest players that have player here at WSU. This record was broken by a village of people, and I am thankful to all the coaches and every teammate I have had throughout my time as a Coug. Thank you to all of these people that helped make this possible."

Washington State started the game on fire, outscoring the Bears 50-14 to start the game.  The Cougs hit 21 of their first 25 shots for 84%.

Wazzu would coast to the win. They scored a season high 96 points.  Head Coach Kamie Ethridge earned her 100th career win as a coach.

Chanelle Molina led the Cougs with a season-high 28 points.  She added 8 rebounds and 8 assists.  Molina hit 12 of her 16 shots.

The Cougars also earn their first win in Berkeley since 2011.

Back to Eggart, whose record stood for 38 years before Hristova broke it, she was first female athlete on scholarship at Washington State.  Eggart was also on WSU's track team and narrowly missed qualifying for the 1980 Olympics for the javelin.