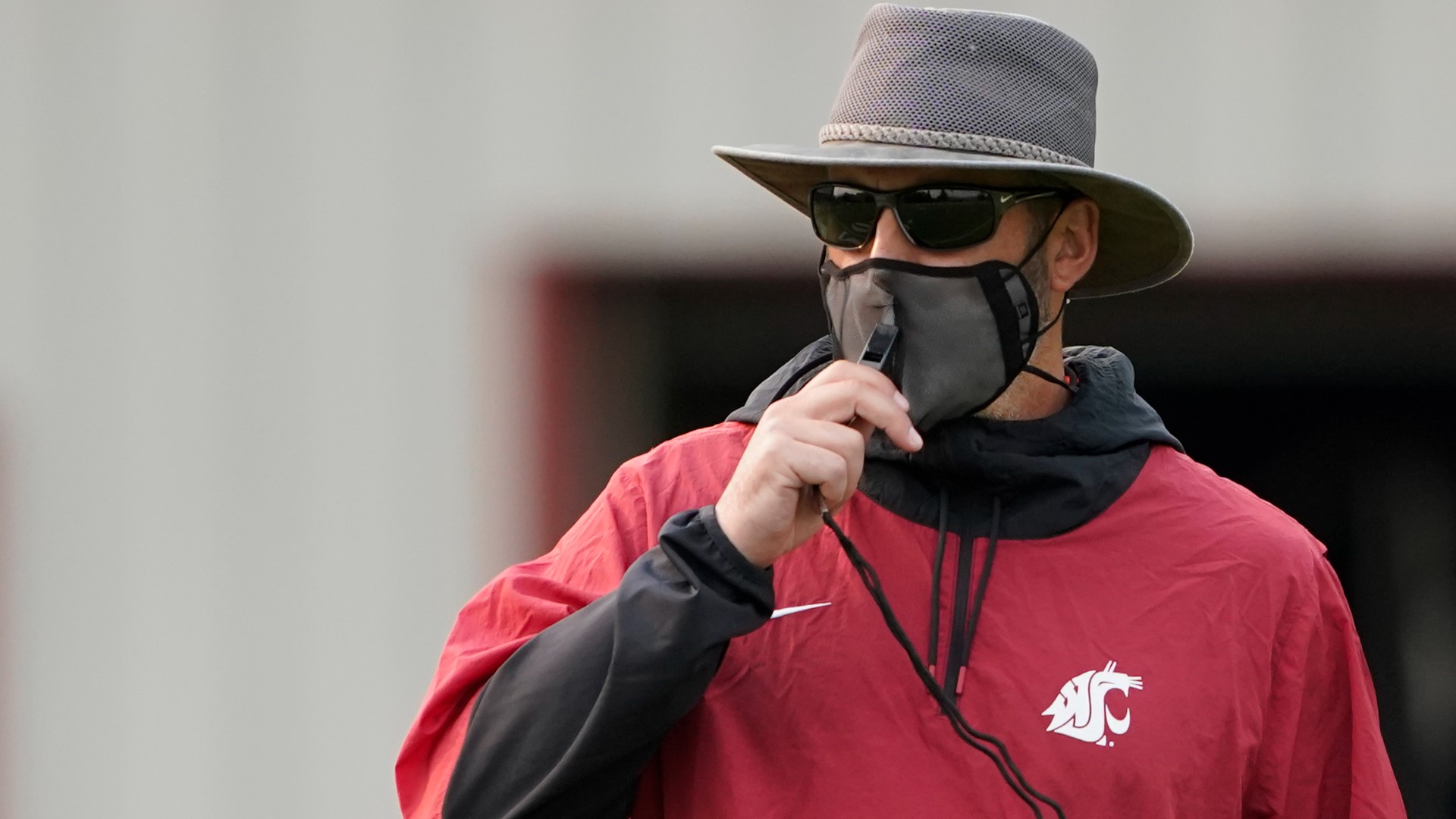 PULLMAN, Wash. — Former Washington State University wide receiver Kassidy Woods, who transferred out of the school last year after he believed he was kicked off the team, has filled suit in Texas District Court against Head Football Coach Nick Rolovich and the school.

"It started to feel to the family more like this was an issue in which Kassidy Woods was being punished for the position he took in terms of social and racial justice," said Woods attorney Cody Towns exclusively to KREM. "Those feelings haven’t softened at all to the point of the suit being filed."

When asked if the Woods family thought that Rolovich was racist, Towns responded by saying, "They’ve never said to me those words, but I do think that they feel that it’s because of their race that things have turned out the way that they have."

Beyond the racial component, the suit says WSU breached their letter of intent contract with Woods when he entered the transfer portal in the fall and the school told him the services provided to him under his scholarship (food, housing) would be terminated, prematurely according to the lawsuit, at the end of the fall semester. Because of this, Woods is seeking damages for restricted access to university housing, food, other allowances outlined in his letter of intent, harm to his athletic career, lost scholarships, and lost educational opportunities as a result of WSU's actions.

Woods does not name a specific amount of money he wants in the lawsuit and instead stats he wants that to be determined in a court of law. Woods will also seek WSU and Rolovich to pay his attorney fees.

In 2020, Woods called Nick Rolovich in August to tell him he would be opting out of the season due to Coronavirus concerns as Woods has Sickle Cell disease.

Woods recorded the phone call, unbeknownst to Nick Rolovich. That action is illegal in the state of Washington, as Washington is a two-party state meaning that for a phone call to hold weight in the court of law, both parties have to know it's being recorded.

Rolovich then told Woods that he would need to clean out his locker and in subsequent days Woods was removed from group chats, no longer sent links to team Zooms, and had his privileges removed from a platform to watch game film, according to the lawsuit. For a short period of time, Woods was also cut off from eating team meals.

"When you tie that to all the other things that Coach Rolovich had Kassidy cut off from, it was clear that the message he wanted to send was much broader," said Towns. "You are not part of this team and you won’t be in electronic communication with this team. You won’t participate with this team in anyway. That was the message being sent in our opinion."

"WSU would later allege that these 'precautions' were taken for players who were sensitive to exposure to COVID-19," the lawsuit says. "However, the fallacy of that argument is obvious; at the time of this Complaint, there are no reported cases that can be found of transmission of COVID-19 through Zoom, iMessage, or GroupMe chats. COVID-19 transmission is entirely impossible through virtual communications."

Based off the conversation and subsequent actions Woods and his dad, John, expressed they thought that meant Woods was cut from the team on the spot.

"Rolovich’s message was clear and unmistakable: If Woods was aligned with #WeAreUnited, then he was no longer part of the team and his future scholarships would be rescinded because that is the position of WSU on being part of the social and racial justice group," the lawsuit says.

WSU did say publicly last August when all of this transpired that Woods scholarship had not been rescinded.

"Defendants took blatant steps to remove Woods from the WSU football team and send a clear, chilling message to those remaining on the team: joining the #WeAreUnited movement results in complete removal, ostracism, and isolation," the lawsuit continues.

The lawsuit alleges that after these actions from Rolovich, WSU Athletic Director Pat Chun backed up his coach and when he had a meeting with Woods' family said that their support of Rolovich's stance was "entrenched and unwavering".

"We originally thought that this was something that we could set up a meeting and we could get some things worked out and this would all move ahead. It was a real disappointment to the family, to be honest with you," said Towns. "The athletic director, Mr. Chun, he assured us that he supported Coach Rolovich and the decisions that Coach Rolovich had made."

On top of those allegations, the lawsuit also says the WSU promoted a culture of secrecy around COVID-19 cases and players affiliation with the #WeAreUnited movement.

In terms of the #WeAreUnited movement, Rolovich allegedly issued an internal statement to his team telling them to not discuss opting out on social media and to not support those who do either explicitly or by re-posting.

WSU says they have not been served the papers yet for this lawsuit, but that they cannot comment on an impending legal matter.

KREM has reached out to both Kassidy Woods and his lawyer, but has not received a comment.