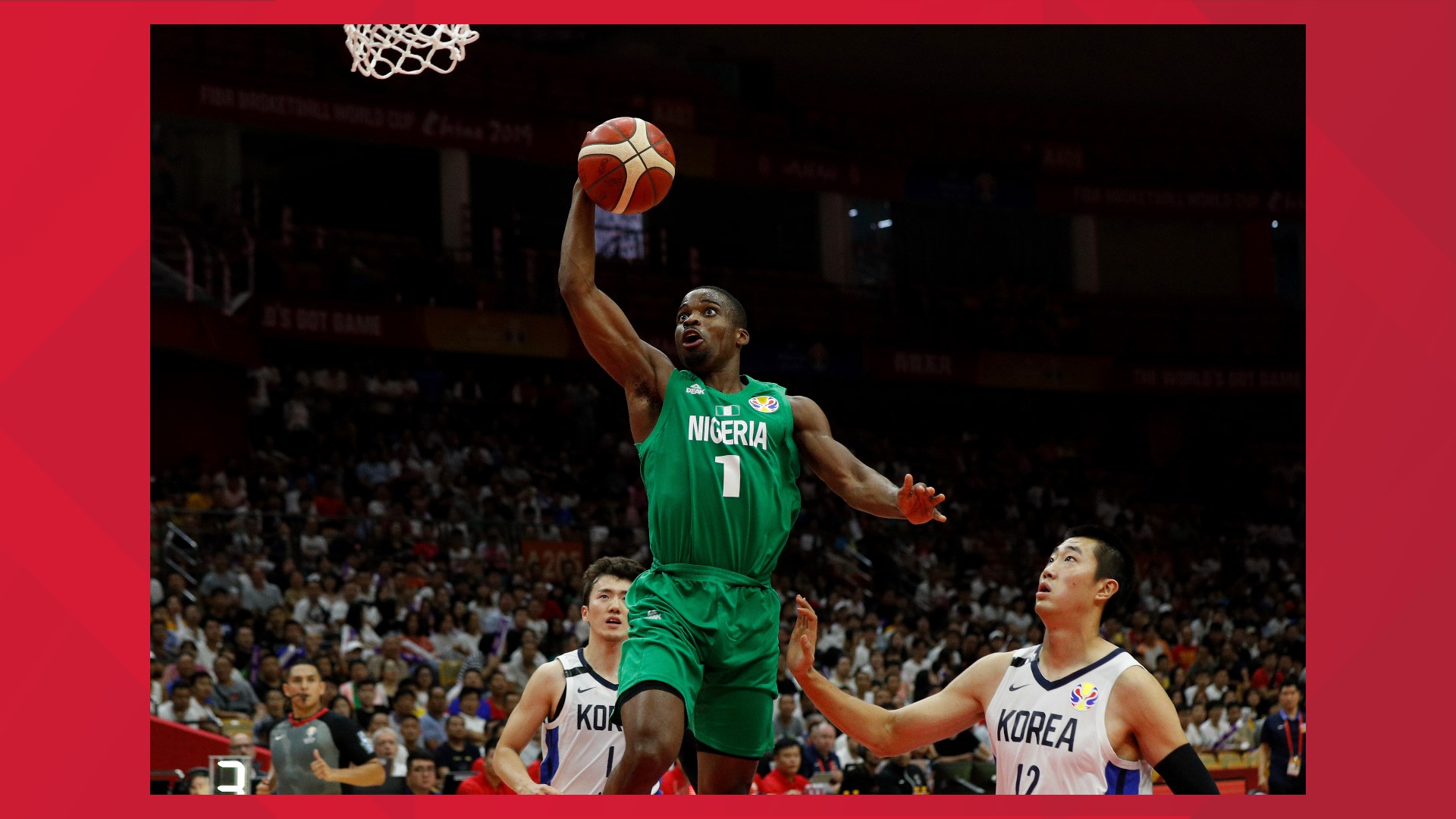 He's been playing for the Nigeria national basketball team, which is headed to the Olympics.

The former Coug has played overseas and in the G league in his time after Washington State. As he continued to ball, he got the call to play for Nigeria's 16 player roster for their Olympic exhibition games. He now hopes to make the finalized 12 man roster that will play in Tokyo.

"It's always a blessing and a pleasure to put Nigeria across my chest and represent Nigeria and my family all across the world," he said. "It's a great feeling."

In their three expiation games, Nigeria picked up two wins. That included a major upset against Team USA, which was ked by NBA superstars like Kevin Durant and Damian Lillard.

Iroegbu hit a crucial three late in the game to make it 88-80 with 1:13 to go. It was a major shot in helping Nigeria seal the deal.

"The USA game was really big for everybody because it's USA and you're playing all these NBA guys," Iroegbu said. "To go get a win like that was big as well. Nobody was afraid or anything like that. We wanted to go play our best basketball and let the chips fall where they may."

Cougs fans have been beaming with pride.

Irowegbu's jersey might have Nieria written across the front of it, but WSU fans also probably read it like it says Washington State. They are happy to see him perform well and he's grateful for their support.

"It's a blessing man," he said. "Washington State has a place in my heart forever. I feel like I really grew into my own my four years there. I loved every bit of it. Any time I can represent WSU in a positive light it makes me happy because that community has done so much for me. I appreciate the Cougs everywhere, and we have them all around the world. I appreciate everyone that's in the Coug family."

Whether Iroegbu will make the final 12 man roster for Nigeria will be determined in the coming days.

He says if he makes it, the goal is simple. They want to medal and even try and win it all in Tokyo.

Former Washington State guard Ike Iroegbu is thankful for all the Cougs fans cheering him on while he plays for the Nigeria national team that beat team USA about a week ago. He hopes to make the 12 man roster to go to Tokyo with @NigeriaBasket. @Be_LikeIKE @WSUCougarMBB pic.twitter.com/TxpyyCHi1W