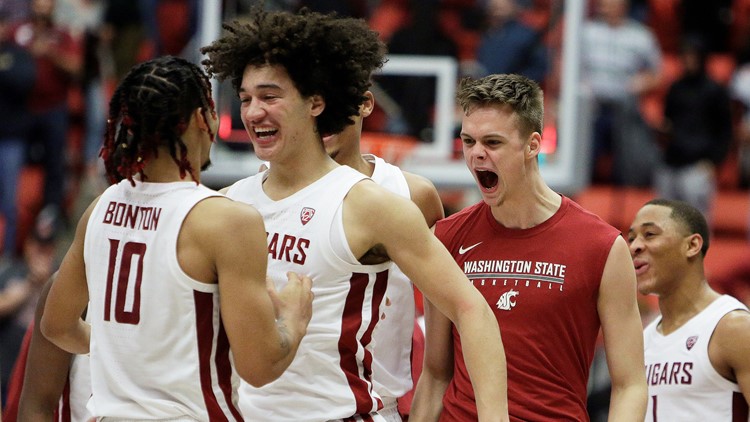 CJ Elleby made a step-back 3-pointer with four seconds left to lead Washington State to a 67-65 victory over Arizona State.

Elleby finished with 27 points and 12 rebounds for his third double-double of the season. He shot 8 of 19 from the field, and 7 of 11 from the free-throw line. Isaac Bonton had 12 points, seven assists and four steals for the Cougars.

The Cougs had a 15-point second half lead disappear. ASU took a one-point lead on a free throw by Jalen Graham with 18 seconds left in the game before Elleby hit his game-winner.

WSU's defense sparked them in the first half.  They had a six-point lead at the break, forcing the Sun Devils into 15 turnovers.

Remy Martin, the Pac-12's leading scorer at 19.7 points per game, struggled for Arizona State, had 12 points. He scored fewer than 20 points for the first time in Pac-12 play.