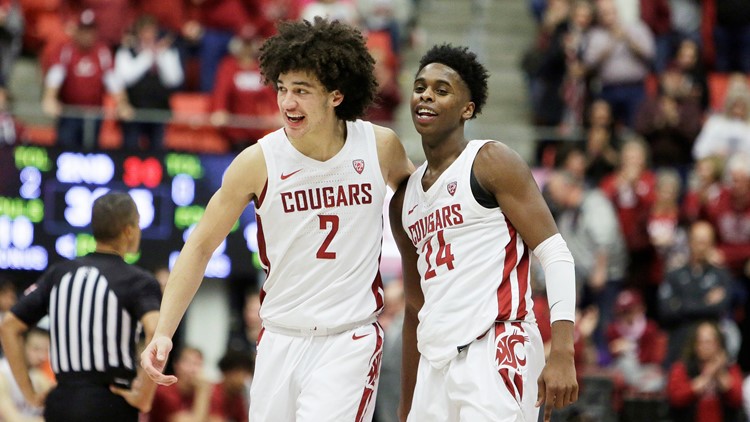 Nahziah Carter made a layup for Washington to cut the Cougar lead to 69-65.

On the next play, Elleby answered with a basket to extend the lead to six and put the Huskies away. Carter led the Huskies with 18 points.

The Cougars had lost four straight to the Huskies.  WSU coach Kyle Smith made his Apple Cup series debut and earned the win.

Coaching legend George Raveling was honored during halftime.  The Cougars raised his name into the rafters.  He's the second person to get the honor this season.  Klay Thompson was the first.  The Cougars won that game, as well.