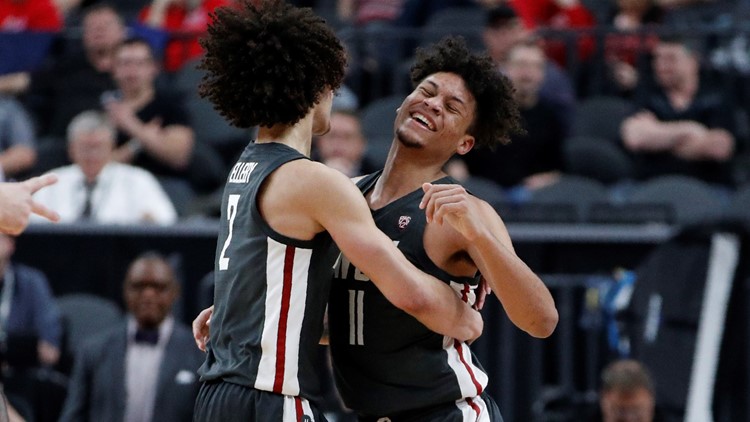 Photo by: AP
Washington State's CJ Elleby, left, and DJ Rodman celebrate after a play against Colorado during the second half of an NCAA college basketball game in the first round of the Pac-12 men's tournament Wednesday, March 11, 2020, in Las Vegas. (AP Photo/John Locher)

The Pac-12 followed suit of the NCAA and other major conferences by limiting the final three days of its tournament to essential personnel only.

With a few thousand fans in the stands, the 11th-seeded Cougars jumped on Colorado and didn't let up, quickly turning the final game of the opening round into a rout.

Isaac Bonton added 15 points, despite shooting 5-17 from the floor.  He also had 6 assists and 4 rebounds.

McKinley Wright IV had 21 points and Tyler Bey 19 to lead the Buffaloes.

The Cougars will face the #3 seed Arizona State on Thursday in the quarterfinals.