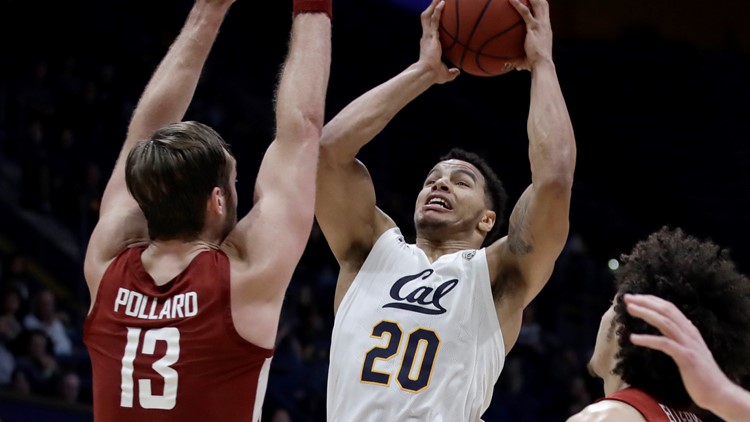 Matt Bradley scored a career-high 26 points and had 10 rebounds, and California held off a late surge to beat Washington State 73-66  for the Golden Bears' first win in nearly a month.

Bradley shot 10 of 14 and had a one-handed fast break dunk off a pass from Joel Brown that put the Bears ahead by 13 early in the second half.