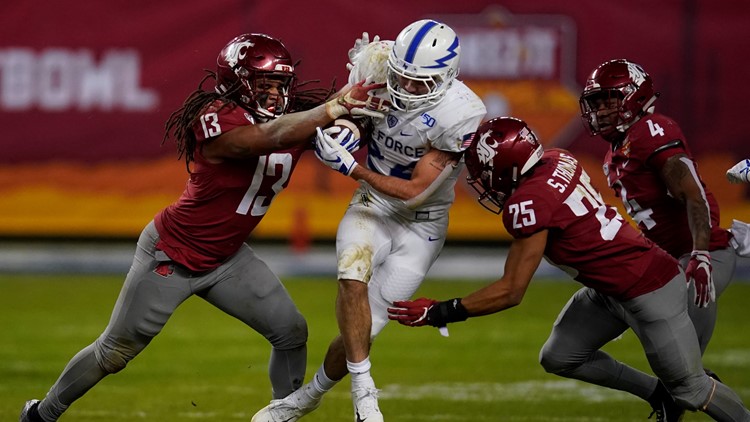 Kadin Remsberg ran for 178 yards and stretched to the pylon for a 3-yard touchdown late in the fourth quarter, lifting No. 24 Air Force to a 31-21 win over Washington State in the Cheez-It Bowl.

The Falcons had their triple option working to near perfection, grinding out 371 yards rushing while setting a Cheez-It Bowl time of possession record of 43:24.

Donald Hammond III scored two touchdowns and Remsberg had his fourth-down TD late in the fourth quarter confirmed by review to help the Falcons close the season on an eight-game winning streak.