UW football’s new uniforms, which were designed by adidas, follow the theme “Angle of Pursuit.” 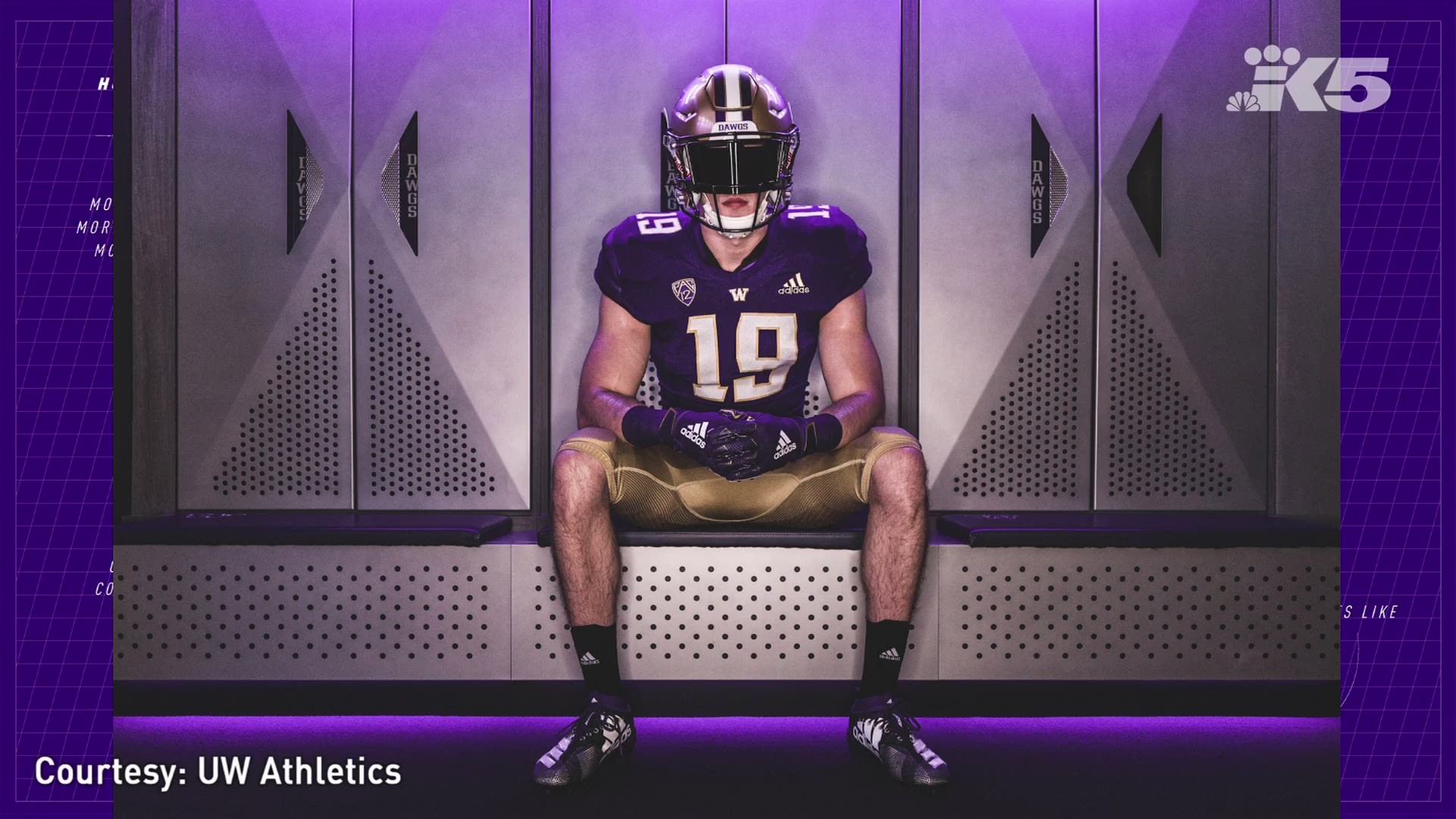 SEATTLE — The University of Washington unveiled its new football uniforms Wednesday, which were designed by adidas.

The uniforms follow the theme “Angle of Pursuit,” featuring angled corners to jersey numerals and three purple stripes on the jersey sleeves. Player gloves have an oversized “W” on the palms.

The uniforms bring back the Huskies’ classic purple and white colorways, which the university says pays homage to their undefeated Rose Bowl season in 1991.

UW announced adidas as its official footwear and apparel provider last spring embarking on a 10-year deal with the company. The university had previously partnered with Nike for athletic apparel.

The football uniforms are the first new sports look that the university will be unveiling over the next two months. It plans to release uniform designs for women’s soccer August 6, volleyball August 9, men’s soccer August 13, and cross country August 28.