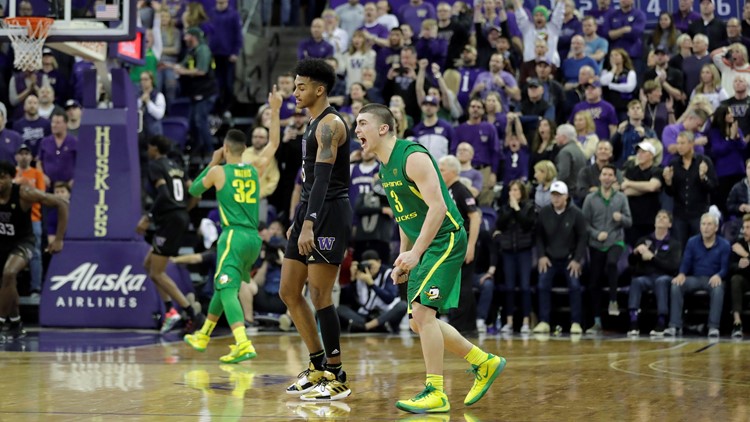 Pritchard's late 3 lifts No. 8 Oregon past Washington in OT

Payton Pritchard hit his sixth 3-pointer of the game with 3.4 seconds left in overtime and No. 8 Oregon rallied from a 16-point second-half deficit to stun Washington 64-61.

The Ducks avoided being swept on their trip north by rallying from a 48-32 deficit with 10:22 remaining in the second half and handed Washington its third loss in four games.

Isaiah Stewart led Washington with 25 points, 19 rebounds, and 5 blocks. The freshman was dominant on the interior but didn't get the help he needed from his teammates.