One of the biggest highlights of Kevin Mather's candid speech on Feb. 5 concerned the Mariners' treatment of the team's top prospects and their future with the club. 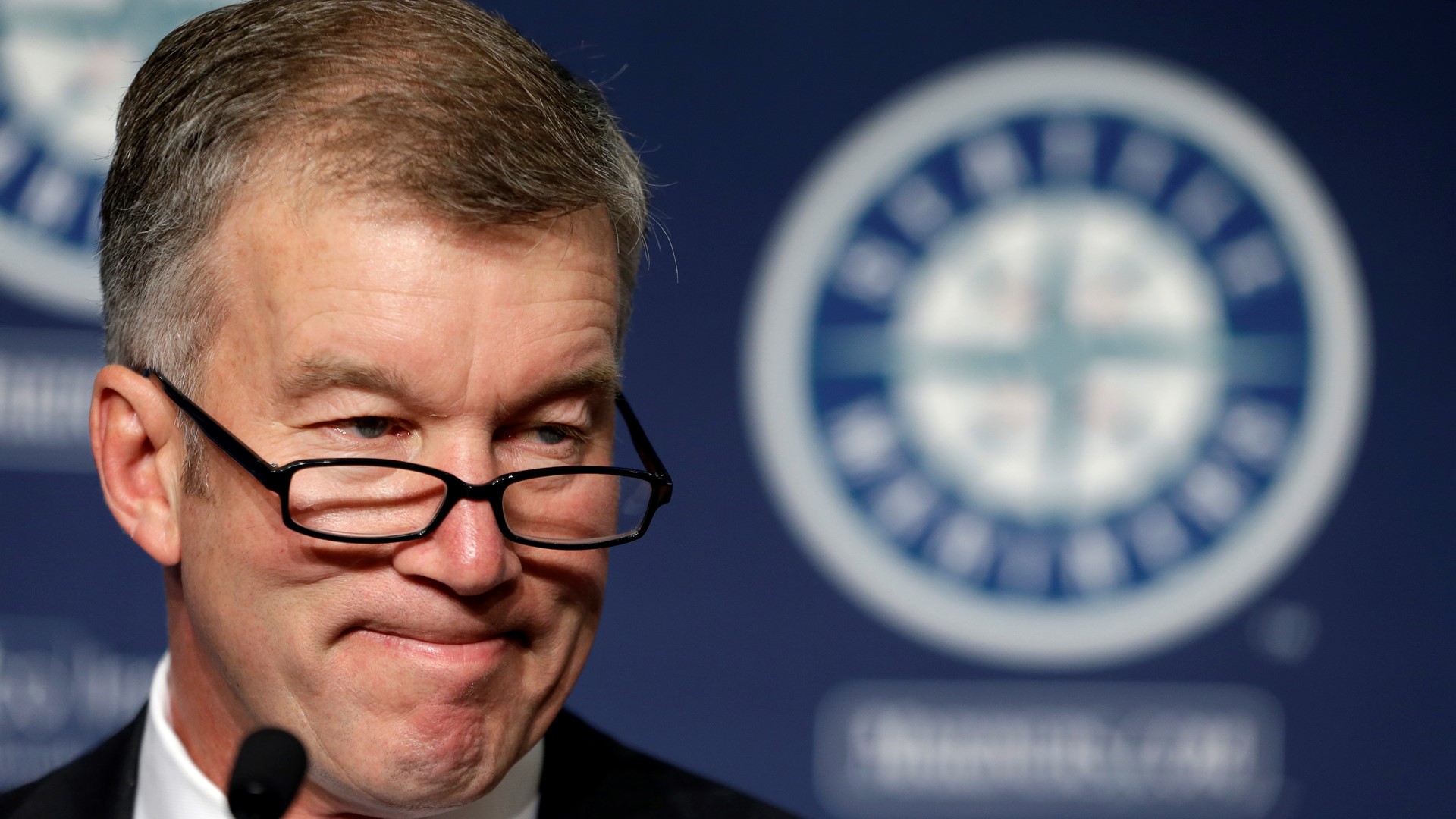 BELLEVUE, Wash. — Mariners President and CEO Kevin Mather talked at a Bellevue Breakfast Rotary Club meeting on Feb. 5 and made some very candid comments about the M's. On Sunday, it was posted to YouTube for about half of the day before it was taken down.

Mather addressed many topics, and was very open and answered many questions.

One of the biggest highlights concerned the M's treatment of the team's top prospects and their future with the club. Mather pointed out that there was no way the team would have promoted any of their top prospects during the pandemic shortened season.

The minority owner revealed the M's had offered MLB top 5 prospect Jarred Kelenic a contract extension. It was going to be a six-year deal with options for three more years, but Mather said Kelenic ultimately turned it down because he believes he can command more money in the long run, if he becomes a superstar.

Mather said the Mariners think he's going to be a superstar.

“We would like him to get a few more at-bats in the minor leagues, probably Triple-A Tacoma for a month. Then he will likely be in left field at T-Mobile park for the next six or seven years and then he’ll be a free agent. He won’t commit beyond his free agent years. I wouldn’t say he’s unhappy. He appreciates the offer, he just refused to sign it. He thinks he’s going to be that good," Mather said.

He also thought Julio Rodriguez would not be called up this season. More than likely, he'll have to wait until 2022 or 2023. It appears Rodriguez took notice of these comments and tweeted out "Motivation." On another tweet, he put his picture on a Michael Jordan meme with the words "...and I took that personally."

Mather also commented on a few more top prospects and their arrival in Seattle. He believes former first-round pick and pitcher Logan Gilbert will be called up in April. He thinks catcher Cal Raleigh and outfielder Taylor Trammell, who are both considered top 10 prospects in the M's organization, to make it up to the big club in the summer.

The M's minority owner also took a shot at the Everett AquaSox facilities but said he likes the owners. Seattle explored putting the team's only "A" level club in Spokane and Vancouver, B.C. before settling on Everett.

He also liked how Marco Gonzales has become a leader on the team at a very young age. Mather relayed a story from Spring Training in 2019 when a pitcher, who he did not name but hinted that was Mike Leake, rolled his eyes about a suggestion for bullpen sessions. Gonzales, backed by some bullpen guys, allegedly confronted Leake about his attitude. According to Mather, Gonzales said Leake can be a jerk (not the word used by Mather, but similar) privately, but not so publicly.

Mather also addressed the situation of getting fans back to T-Mobile Park. He thinks they will be able to have 9,870 fans socially distanced, but he seemed unsure of when it will happen. He believes small groups will start to be allowed in April with increasing numbers as we head into summer. Mather said they were working on the logistics.

There was plenty more on the Zoom speech to the Bellevue Breakfast Rotary Club, but the BBRC took the YouTube clip down early Sunday afternoon.  Another website has put out a transcript of the speech.

Mather also hit on topics like the M's financial situation due to the pandemic, Yusei Kikuchi, Kyle Seager, MLB's relationship with the Players' Union, the MLB Draft, James Paxton and Taijuan Walker, and every starting position on the club.

So Kevin Mather spoke for 45 minutes at the Bellevue Breakfast Rotary Club and went into some interesting specific detail. Thanks to @matthew102402 for transcribing. Mather stated they had a terrible year financially, but better than most and yet....https://t.co/uYakmaQ6W9 pic.twitter.com/K2SFDYYFzk

While the BBRC took down the speech, someone else posted it.  You can see it below.