Jarred Kelenic and Julio Rodriguez go back and forth like brothers or best friends. They are the top two prospects in the Mariners' organization. 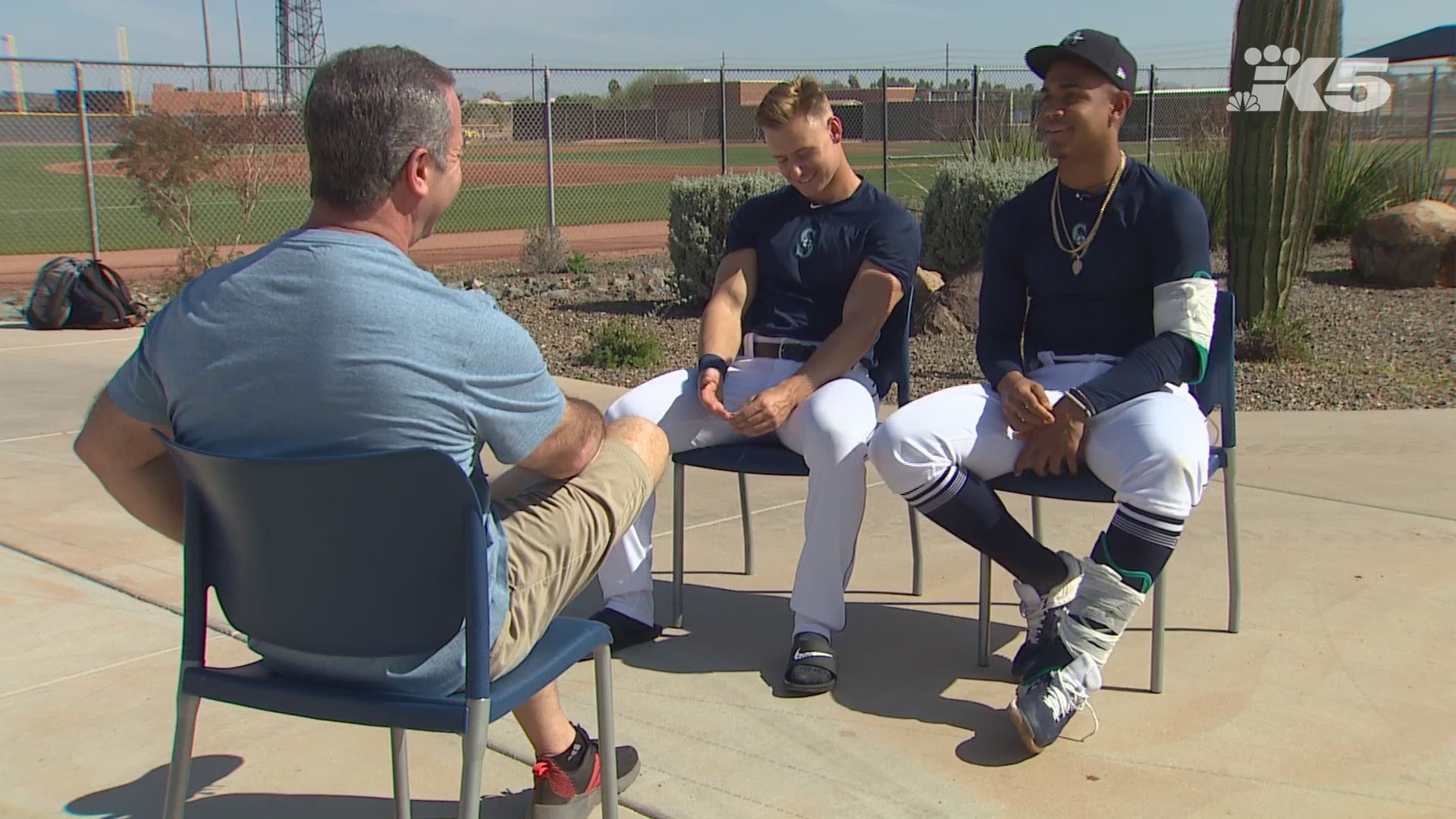 Jarred Kelenic and Julio Rodriguez go back and forth like brothers or best friends. They are the top two prospects in the Mariners' organization and together, they're considered the next big thing in Seattle.

"Yeah, there's no pressure," adds Rodriguez. "We're just trying to do our best every single day to try and accomplish that dream for us."

The Mariners' dynamic duo spend a lot of time together on and off the field. They also share a common vision - bringing a World Series title to Seattle.

"Yeah, we definitely do. Pretty much, we always talk about it," said Rodriguez. "We definitely have a chance to win it."

"And I think if you don't think that way," adds Kelenic. "Why are you playing?"

Rodriguez crushed the ball in Single A and High A ball last season and will likely make the jump to Double A this season, joining Kelenic and a host of other solid, young ballplayers in Arkansas.

RELATED: The Mariners rank in the MLB's top five teams with the most African Americans on their roster

The question is, how long will it be before Kelenic makes the jump to the bigs?

So does Kelenic, who's never short on confidence.

The popularity of the two rising stars is clearly evident at Spring Training. Fans barely know their names, but that doesn't stop them from collecting their prized signatures.

And while the two seem evenly matched in a popularity contest, what about in the weight room?

They both agree Rodriguez is the funniest of the two, but who's better looking?

"I'll admit this," said Kelenic. "If you ask anybody, he's got the best eyes ever. I have the best hair and if you really want to break it down, my face is pretty good, too. That gives me a 2-to-1 edge.

Rodriguez is quick to respond.

"It depends on who you ask. If you ask my girlfriend, she's going to tell you I'm the hottest thing she's ever seen," Kelenic said, holding back his laughter. "But if you ask a girl Julio is talking to, who knows?"

Rodriguez responds with his staple answer.

If you ask Mariners fans anything about these two rising stars they may not know the answers today, but in a few years, those same fans will know a lot more about these talented prospects.