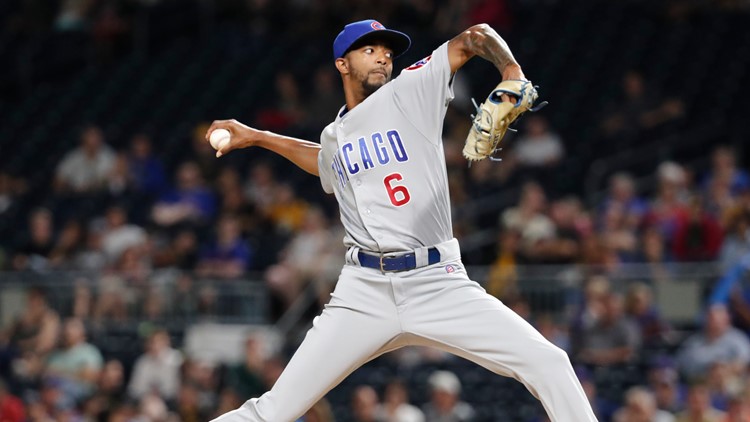 A person familiar with the negotiations tells The Associated Press that reliever Carl Edwards Jr. and the Seattle Mariners have agreed to a $950,000, one-year contract.

Edwards can earn an additional $500,000 in performance bonuses, the person said Wednesday, speaking on condition of anonymity because the agreement had not been announced.

A 28-year-old right-hander, Edwards slumped this year. He had an 8.47 ERA in 22 appearances for the Chicago Cubs and San Diego, which acquired him at the July 31 trade deadline. Edwards gave up six runs over 1 2/3 innings in two games for the Padres. Edwards was bothered this year by a thoracic strain that caused him to spend time on the injured list and was demoted twice to Triple-A Iowa.

Edwards made his big league debut with Chicago in 2015 and the following year helped the Cubs win their first World Series title since 1908. He had a 2.60 ERA with 67 strikeouts in 52 innings for the Cubs in 2018.

Seattle announced a one-year contract with infielder Patrick Wisdom, who hit 31 homers this year for Triple-A Nashville and batted .154 in nine games with Texas.  The 28-year-old Wisdom was drafted 52nd overall by the Cardinals in 2012.

Earlier this week, the Mariners agreed to a $2 million, one-year deal with right-hander Kendall Graveman, who is returning from Tommy John surgery.