In our recent trip to Mariners Spring Training Camp in Peoria, we asked some of those players why aren't more black athletes playing baseball? 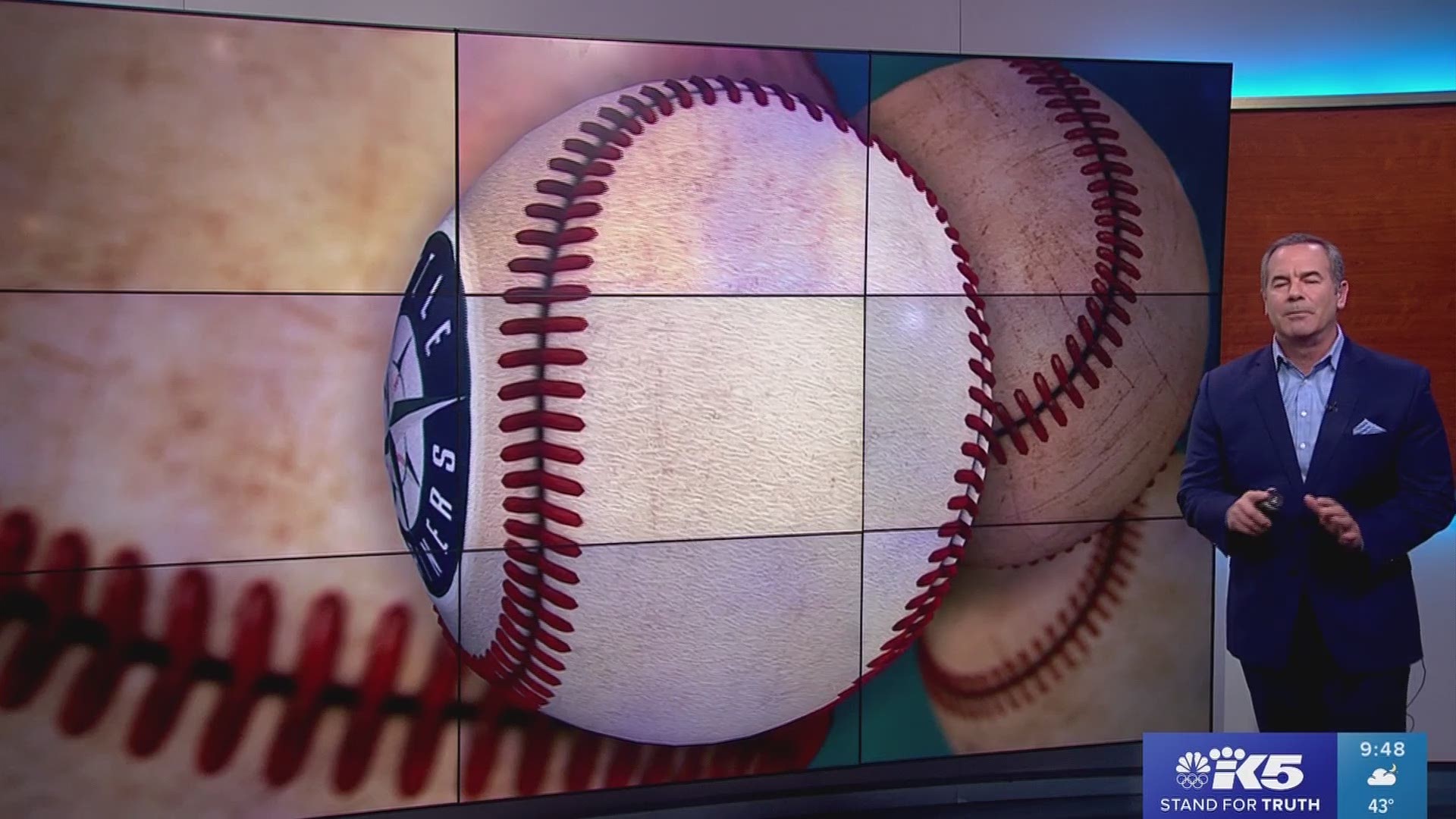 SEATTLE — Of the 30 Major League Baseball teams, the Mariners currently have the most African Americans on their spring training roster.

African American players make up a quarter of their current roster, but they are in the minority.

In our recent trip to Peoria, we asked some of those players why aren't more black athletes playing baseball?

A total of 882 players made up opening day rosters last season. Only 68 were African American, a number that's been on the decline over the last decade.

The reasons and opinions vary.

"There's a lot of black kids in low poverty communities who don't have a lot of money," said Mariners second baseman Shed Long. "I mean, they go and play football and all you need is a field and a ball and you can work. Then when football season rolls around, you play."

"It's easier to go out on a basketball court and shoot hoops by yourself," said Mariners pitcher Taijuan Walker. "To play baseball, you kind of need someone there with you. Someone to hit, throw you BP, hit you ground balls, pop flies, even to play catch."

In the NBA, 80 percent of the teams' rosters are made up of African Americans. That number is 70 percent in the NFL, but in Major League Baseball, the number drops to just 13 percent.

Some Mariners suggest there's a stigma that goes along with playing baseball, especially among the youth.

"They don't think it's cool," said Long. "It's not really a popular sport in the black community, because there's not a lot of fame in baseball. It's football and basketball who you see everyday on ESPN."

"It's boring," said Mariners shortstop J.P. Crawford. "African American kids want to go play football or basketball. They want to run. They want to go do some crazy stuff on the field. You can't do that in baseball. I feel like they expose their athleticism more in those sports, too."

"I've been in there shoes," said Mariners pitcher Carl Edwards, Jr. "I hated baseball in seventh and eighth grade, because I was so used to playing football with a crowd, basketball with a crowd. Baseball is quiet."

There are 10 African Americans on the Mariners' current roster. There's a good chance seven or eight of those players will be on Seattle's opening day roster next month. It's a proud group, thankful for the opportunity to play in the Majors.

"Everybody who pioneered the entire movement of equality and had to deal with the struggles at that point in time, I owe them my life," said Mariners pitcher Justin Dunn. "I wouldn't have the ability to do this if they weren't courageous enough to go out and push that issue. It's an honor and a blessing to be able to carry their legacy on, and hopefully continue to grow the game in the African American community."

Dunn wants to someday become a member of the Black Aces, an exclusive group of African American pitchers who won 20 games in a season. That group includes the legendary Bob Gibson, as well as Vida Blue and Dwight Gooden.