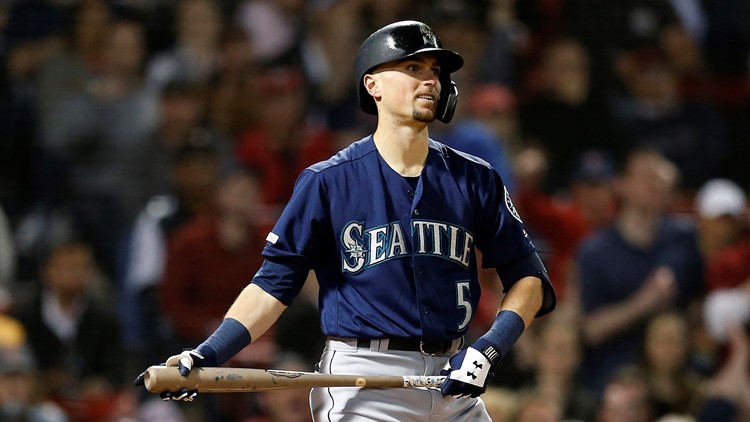 Photo by: AP
Seattle Mariners' Braden Bishop reacts after striking out during the seventh inning of a baseball game against the Boston Red Sox in Boston, Friday, May 10, 2019. (AP Photo/Michael Dwyer)

Mariners send Bishop down to Tacoma

The Mariners make a bunch of moves today, including sending former Husky outfielder Braden Bishop down to Tacoma.   He's hitting .091 this spring.

Bishop made the opening day roster in 2019.  He lacerated his spleen last June and had removed.  He returned to the big leagues in the September call-ups.

With Bishop heading down to the minors, veteran Carlos Gonzalez may have an opening to make the club.  The 34-year-old is currently hitting .273 this spring.

The M's also lost outfielder Jose Siri to the Giants.  San Francisco claimed the 24-year-old off of waivers.

Seattle now has 51 players in their major league camp.  The Mariners must get down to 26 by the start of the season.